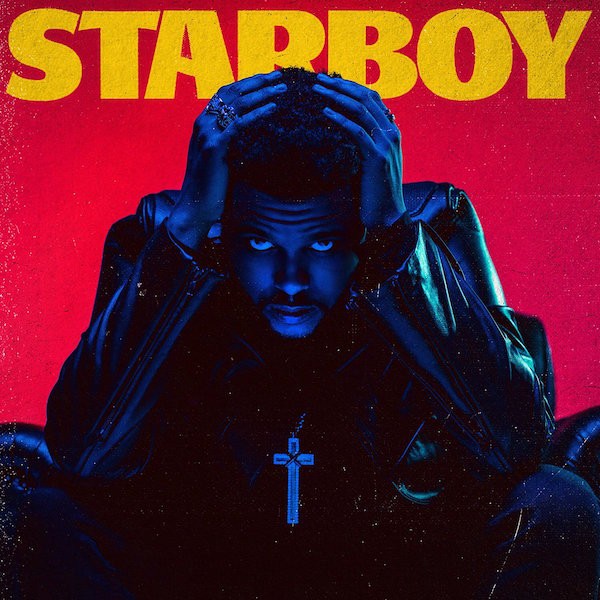 Styles recur in cycles, becoming popular for a period of time then fading away only to recur again. Baggy windbreakers, colorful leggings and frizzy hair are coming back in style with a 21st century spin. This cycle of repeated styles with editted details to fit the century is as true to music as it is to fashion. Maybe one of the most surprising appearances of a recurring style, 80’s music to be exact, is featured in The Weeknd’s newest album Starboy. Integrating an 80’s sound into his own smooth R&B style is an unusual mixture of sound, which can bring in listeners or drive them away.

Having such a distinct style of musical expression leaves The Weeknd to an awkwardly restricted realm of creativity. With electronic sound as a repeated instrument in past albums, The Weeknd has a distinct sound that is extremely recognizable. The Weeknd’s vocalizations also thrive on a distinct sound, featuring soprano and alto vocal ranges and natural vibrato. At times throughout Starboy, the main voice of The Weeknd resembles closely to Michael Jackson’s famous natural vibrato. This resemblance of such an important music icon is important not only in the evaluation of The Weeknd, but also in the evaluation of Starboy alone. Using that natural vibrato drives the integration of 80’s music in Starboy in an almost unnoticeable way.

While these are traditional styles of The Weeknd, the integration of 80’s music styles is somewhat unexpected. Most of The Weeknd listeners are not regular visitors to 80’s music, which might drive them away from Starboy. Although The Weeknd took a new route of musical expression for Starboy the album is still filled with The Weeknd’s recognizable style and sound.

Starting off Starboy with the album’s namesake “Starboy”, The Weeknd stays safe with a guaranteed, likeable song. As the album progresses, the “new sound” of the 80’s is slowly integrated into The Weeknd’s sound. The 80’s style does not necessarily stick out, it is tailored to fit each song to seem as if the style is new and unique.

The first songs of the album slowly introduce the 80’s sound until “Rockin’” when the 80’s sound is used in full force. Focusing less on the vocalizations and more on the electronic instrumentation really drives home the idea that The Weeknd is relying on 80’s style to drive their musical maturation in Starboy.

Each song has its own style and uniqueness about itself, which can be confusing to the listener. Is The Weeknd truly relying on the 80’s musical style, or is that an abandoned idea which was only used for a select few songs? “Nothing Without You” provides an extremely recognizable song for The Weekend, but is preceded by “A Lonely Night” which is arguably the most “throwback” when it comes to 80’s sound. Ignoring inconsistent sound, “Starboy” makes up for lack of organization with many featuring artists including Kendrick Lamar, Daft Punk and Lana Del Rey. These featured artists remind the listener that The Weeknd’s unique and classic sound is not lost, just changed for the progression of artistry.

Starboy offers a mixture of styles, from 80’s to 21st century sound with 80’s sound to the completely personalized sound of The Weeknd alone. This can be confusing to the listener since there is not a transitional sound or overall promise of style, but The Weeknd uses new styles in places that fit. If one aspect of the album displeases a listener, there are many other qualities of Starboy that can easily make up for those discrepancies. Starboy integrates an oldie’s, 80’s sound into 21st century sound, which reinforces that styles recur and are tailored to the modern styles, just to become popular again.