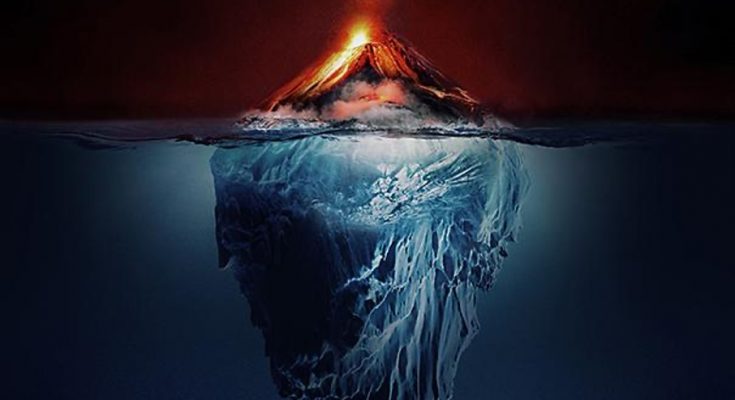 Icelandic rock group KALEO has recently released the full version of their new album, Surface Sounds. KALEO is an electrifying rock and blues group composed of vocalist JJ Julius Son, Daniel Kristjansson, Rubin Pollock, and Þorleifur Gaukur Davíðsson. The band was formed in Mosfellsbær, Iceland in 2012 from a group of high school best friends. Since their formation, they have gone on to tour across the world, opening for Vance Joy, The Lumineers, and The Rolling Stones and eventually touring themselves. Their music is popular all around the world due to its exceptional blues-rock vocal and instrumental work. Son accredits artists such as Jimi Hendrix and Jim Morrison to his influence, and this is apparent in their work. KALEO’s work on their first album A/B was widely recognized, with track “Way Down We Go” reaching double platinum in the United States and track “No Good” winning a Grammy for best rock performance.

Surface Sounds is a spectacular album in every aspect. It is perfect for listeners who long for fresh 1970s inspired hard rock, as well as listeners who love gritty, yet soulful blues. Son, who writes most of the music and lyrics for the band, has a distinct and unforgettable vocal style while the rest of the band accompanies him in a flawless way. While Surface Sounds stays true to KALEO’s conventions laid out by their first album, each track has an incredible amount of rawness and emotion that makes Surface Sounds arguably one of the best modern rock albums of the last few years.

The album opens with “Brother Run Fast”, a mellow, but borderline cinematic track. The lyrics are longing and desperate, serving as a powerful introduction for the spectacle of the album that’s to come. The next track, “Break My Baby” is a standout on the album. In this track, we hear some of guitarist Pollock’s best work in a catchy, unforgettable riff. The hard and gritty guitar work throughout much of the song accompanied by Son’s raspy but resonant voice makes for a truly fantastic track. It provides the perfect balance between rock and blues, robust and exciting from beginning to end.

The most classic rock-and-roll type tracks on Surface Sounds are “Alter Ego” and “Free The Slave”. Pollock continues to impress listeners with his intricate guitar work on both tracks. Son shows off his impressive vocal range in “Alter Ego”, slipping into falsetto for a large portion of the track. “Alter Ego” is the heaviest rock track on the album, and has much more moving instrumental parts than other tracks. “Free the Slave” is a spectacle in and of itself. It starts stripped back and builds up and down several times during the track. The atypical structure of the track creates a unique and satisfying tension throughout. This track is another one of my personal favorites because of KALEO’s use of the hard rock influence that I am fond of while incorporating their unique lyrical and instrumental talent to the genre.

Another standout track is the funk-pop “Hey Gringo”. It reminded me of something off of The Black Keys’ newest album Delta Kram with its bluesy-Western sound. The track tells a light story of a one-sided romance, very different from the darker lyrics of the rest of the album. Without this track, the album would have been much more one-dimensional. The catchy melody and bouncy guitar and saxophone work contributes a lightness to the album that is extremely satisfying.

The album’s more stripped back tracks come from “My Fair Lady”, “I Want More”, and “I Walk on Water”. Although they are less vocally and instrumentally complicated, these tracks still contain the drive and energy that KALEO’s sound conveys so well. The simple melodies show off Son’s vocal and lyrical talent, as well as display the passion that the group has for making powerful music.