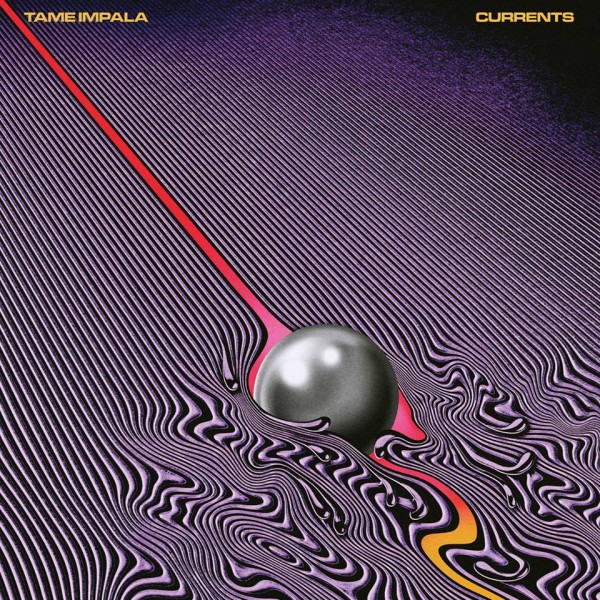 Tame Impala is back with their first album of 2015, Currents, after giving us sneak peaks at tracks all through out the year until now. Maybe it’s the 80’s techonology-esque cover art that’s doing it for me, but this time around Tame Impala bring a new energy and determination to their music. There are not a lot grainy vocals, and everything is more crisp and clear, but while still maintaining the classic Tame Impala ambiance.

If you’re looking for something similar to “Elephant” or “Feels Like We Only Go Backwards” you might want to look somewhere else. The only thing similar is Tame Impala’s wispy sound, but other than that this album, for the majority, lacks a lot of the guitar riffs and has replaced them with a lot more electronic and sweet bass (my favorite) emphasis. That being said, you can still find this in some tracks, like “The Less I Know The Better” which opens up with a nice riff.

Another similarity is the ongoing theme of heartache and loneliness. In one of the pre-released tracks “Eventually,” this breakup sadness can be seen with, “But I know that I’ll be happier/ And I know you will, too/ Eventually.” It’s sort of giving me some Father John Misty I Love You, Honeybear vibes with the self-reflection you experience post-breakup.

The album is dotted with a lot of short transition tracks that are condensed and saturated with quality, almost effervescent tracks if I could describe them in that way. The 55-second track “Gossip” definitely falls under that category. It has no vocals but creates a dreamy scenescape in your mind when listening to it.

The earlier released “’Cause I’m A Man” is probably a personal favorite since I’ve been listening to it nonstop since it was released. It’s groovy, it has a killer bass going on and an addicting guitar riff in the chorus. The song right after, “Reality In Motion,” is another great listen, it give a nod to their more psychedelic rock style.

By and large, this album is another great success by Tame Impala, as they drift further and further away from their bedroom recordings and more towards a professional sound.