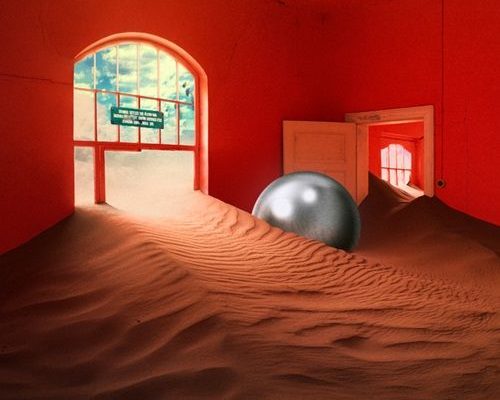 Tame Impala, the psychedelic rock/pop project from Kevin Parker, has just released their new project The Slow Rush. After their third album Currents and the countless hits that came off it, hype slowly grew for the band as celebrities and fans alike praised the band and brought it into the public eye. Many more people were introduced to the band after their performance at Lollapalooza Chicago in 2019. Currents was released back in 2015, so the hype for a new album had been building for a long time and people wanted more Tame Impala. Finally, singles began releasing for the album, and on Valentine’s Day, the album was released.

Tame Impala’s albums have a distinct sound that differentiate the albums from each other. Lonerism featured more rock type songs and industrial sounds. Currents took a deep dive into psychedelic rock and pop with wavy sounds and complex instrumentals. Now, with The Slow Rush, Tame Impala goes all in on the psychedelic sounds and goes all out. This album feels like the climax and realization of his sound; a lot of the songs feature layered production and lots of little sounds going on at the same time. Somehow, Kevin can blend all the different sounds into something enjoyable and interesting.

The album overall is great, but there are three separate songs that stand out, all for different reasons. My most played song from the album, “Breathe Deeper,” features repetitive vocals and instrumentals almost like the song is trying to put the listener in a trance. The song does not feel repetitive as different instruments are added each time and different vocal effects are added.  “On Track” starts off slow, and the song is very simple with its very instrumentals compared to the rest of the album. The chorus, in sharp contrast, is bombastic and loud, making for a satisfying song. Lastly, “Is It True” is a funky tune with some Tame Impala flavor sprinkled in. Without Kevin’s vocals and some of the instrumentals, someone probably would not know that this is a Tame Impala song. The song is an uplifting and energetic break from the other songs.

The overall sound of the album may be different at first for Tame Impala fans, but once you are used to it, the album really shines. The Slow Rush makes up for not having as many hits by being more consistent than the two previous albums, Lonerism & Currents. Listening straight through is a lot more enjoyable than picking favorites from The Slow Rush. If you’re looking for a great hour of new psychedelic pop/rock, The Slow Rush is here.