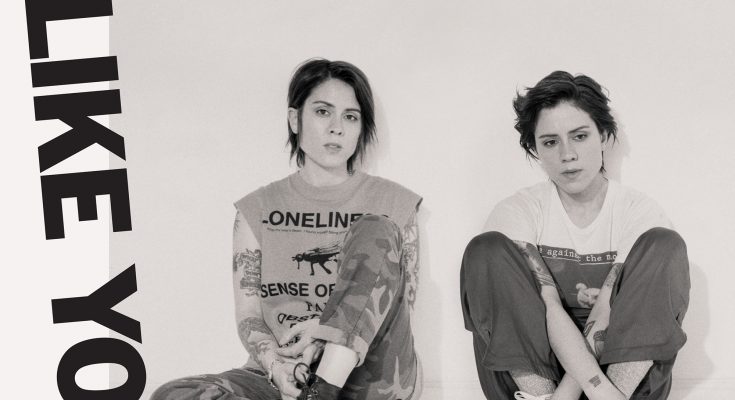 Although approaching their 39th birthday this month, Canadian pop duo Tegan and Sara return to youthful roots for their ninth and latest album, Hey, I’m Just Like You. Scheduled for release on September 27, the album reportedly consists of songs the twins wrote between the ages of 15 and 17, providing an early portrait of the group. The unspecified number of tracks (“dozens,” according to some interviews) have all been reworked from their original cassette-tape versions to include slight lyrical and musical changes. However, Tegan and Sara affirm that all songs appearing on the new album have been left largely unaltered from these first versions. “Hey, I’m Just Like You” aims to provide an authentic portrayal of the group as young musicians. It coincides with the release of their first book and memoir, “High School” (slated for release on September 24th), which likewise introduces fans to the teenaged Quin sisters before their debut as Tegan and Sara.

To date, Tegan and Sara have released two singles from their forthcoming album, the eponymous “Hey, I’m Just Like You” and “I’ll Be Back Someday.” Fans of the group’s earlier work will be pleased to detect a punchy edge to the lyrics as well as, in the latter, the same energetic guitar work of The Con.

“Hey, I’m Just Like You” begins slow and introspective. With lyrics such as “Stranded and I’m so lost / My mind is wired” and “Hey, I’m just like you / a little messed up and blue,” the song presents a teenager that feels misplaced and adrift. She reaches for an unnamed friend, with whom she develops not only a sense of security but of willful purpose. (“We’re headstrong tonight / Racing through the streets till we fly.”) Both singles emphasize this sense of youthful camaraderie; through recognition of common experience, a powerful type of comfort emerges.

Speculation suggests that this idea of mutual identification may pervade in “Hey, I’m Just Like You,” albeit lacking confirmation. Until then, the titular track invites fans to enjoy the polished, poppy sound first developed in albums “Heartthrob” (2013) and “Love You to Death” (2016). “I’ll Be Back Someday” focuses on a quintessential youth experience: teen angst. Featuring a forcefully repetitive chorus (“I run, run, run, run, run away / Get, get, get, get, get away”), the track imbues listeners with an urgency that is intensely youthful. Even guitar strumming forms the song’s backbone; while the lyrics meander (“Sit and watch, my TV set / What is on, will make it better / I wanna call and ask, what’s up”), the strong instrumentals add purpose. They pull listeners through lyrics that betray a nervous uncertainty (“You know that feeling when you’re cold / How do you make it go away?”) to a strong-willed chorus. A burgeoning self-agency seems to advance with the song’s progression, and it is this element that lends an organic authenticity to the track. Albeit performed by a middle-aged Tegan and Sara, “I’ll Be Back Someday” suffers no loss of teenage perspective. It’s punky and honest.

In a public statement, Tegan and Sara described “Hey, I’m Just Like You” as “the record we
never could have made as teenagers, full of songs we never could have written as adults.” Fans of the duo look forward to the full release of the album that promises such a collaboration.