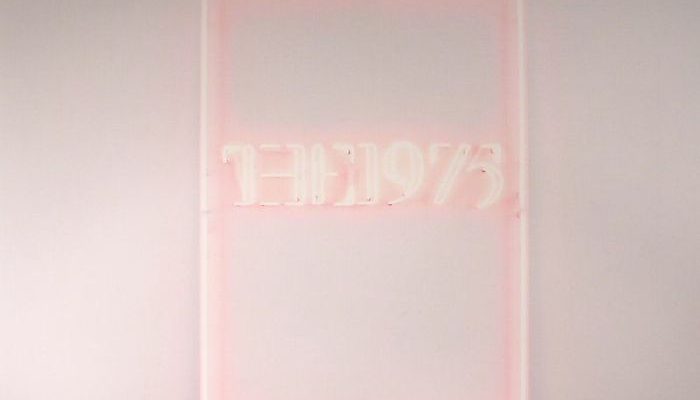 I wasn’t sure I’d ever been in love with an entire album, cover to cover, until the first time I listened to The 1975’s “I like it when you sleep, for you are so beautiful yet so unaware of it” the whole way through. The band’s sophomore album is a seventeen-song long trip into a hot pink candy-land, with lead singer Matty Healy as your tour guide.

“The 1975” is arguably the greatest intro song of all time. With a gospel chorus of singers chanting provocative lyrics like “Step into your skin? I’d rather jump in your bones,” the song perfectly encompasses the band’s “free love” mentality. The foreboding lyrics swell and lead directly into the album’s second song (“Love Me,” an eighties style ode to narcissism and its effect on a band’s fans), affirming my suspicion that nothing this band puts out is done without careful planning.

“If I Believe You” is the slow ballad of the album, an unexpected downturn in melody after the pop-y “She’s American.” In six minutes and twenty seconds, the speaker struggles, and never succeeds, in finding faith in some higher power from above. “I’ve got a God-shaped hole / it’s infected” sings Matty Healy as drummer George Daniel taps out a catchy beat in the background; the singer is outspoken about his atheism, but this song convinces us of a time in which he needed there to be something out there. He goes on to tell of a drug-fueled experience in which he thought he saw a god, but was wrong. Ending with a repeated chorus of “If I’m lost, then how can I find myself?” the song never resolves the singer’s struggle with finding God, instead heading right into a soft instrumental. The album differs from the band’s first self-titled works in its instrumental; considered a weak point by many fans, I would beg to differ. “Please Be Naked” manages to tell the story of two lovers with nothing but an ever more intense chorus of instruments that gathers intensity, eventually returning to its original peaceful piano riff.

Though the instrumental piece is extremely well done, what made me fall in love with this album were the clever, albeit often dark lyrics the band uses to convey the stories in each song. In “She Lays Down,” a mother struggles with postpartum depression as Matty croons “Even though her son [sun] is gone / she’d like to love her child nevertheless.” “Paris” gives a look at a troubled relationship and gives a nod to the singer’s struggles with both mental illness and drug abuse with lyrics like “Mr. Serotonin man / lend me a gram / you call yourself a friend?”

Overall, this album does not tell one cohesive story, at least in my eyes. Instead, each of the seventeen songs exists within its own realm. Each song tells a separate story, be it about a grieving grandson (“Nana”) or a couple breaking up and throwing insults back and forth (“Change of Heart”). The 1975 has never once disappointed me with their work, and this album is no exception. Each of their efforts becomes more and more well laid out and refined, and I can’t wait to see what they do in the future. 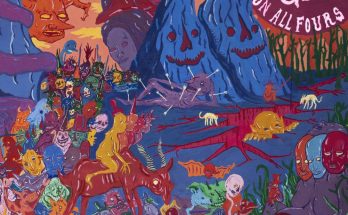 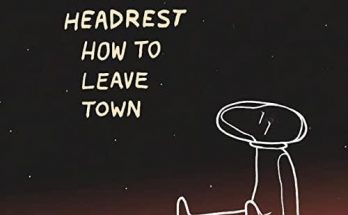 Black Messiahs and Black Panthers: The Rise of Movie-Inspired Albums