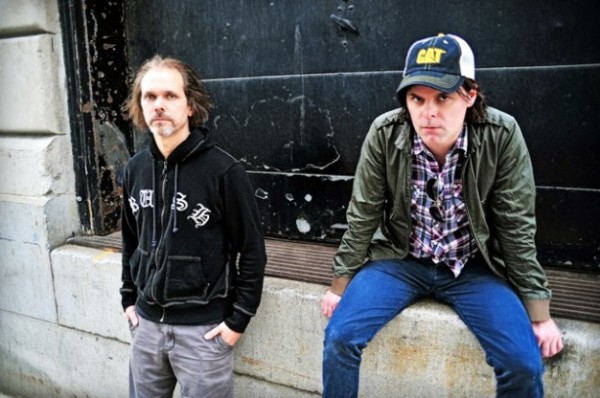 Unexpected, mind blown, and disoriented were just a few of the thoughts running through my head as I was exiting the High Dive after experiencing the extraordinary musicianship of both The Ambassadors of Ithaca, New York, and Chicago-land’s very own Local H.

Saturday night started off with The Ambassadors dusting off all of their instruments due to a fog machine malfunction. Once they dusted off their shoulders, however, the 4 piece groove rockers proceeded to rattle the furniture by means of multiple piano synthesizers manned by Casey, Noah on guitar, and seismic rhythms generated by both the drummer, Adam, and multi-instrumentalist front man, Sam. The high level of musicianship and energy on stage challenged the original studio recordings, clarifying that this is a band you would not be disappointed to see live. Their unique combination of electronic and organic instrumentation lays the perfect foundation for their mysterious and hopeful debut album, Litost, which includes tracks that are both emotional and suspenseful, like “Unconsolable,” and more dynamic tracks, such as “Weight/Lightness”. The sincerity and intimacy within Litost is consistent with their stage presence, given that Sam promised to meet and get to know every single person at the show, after playing the first couple of songs. But enough of my thoughts, lets see what front man Sam Harris had to say when he was kind enough to do some Q and A with me following their performance:

WPGU 107.1: You guys have had the chance to play at big events like Lollapalooza this past August. Does anything chance when you play a smaller venue like the High Dive?
Sam: We do the same show every time, or at least we try to. Obviously there are different things that bring the energy up, for example, at lollapalooza we were playing for thousands of people, which is awesome. But the size of the crowd shouldn’t make a difference.
WPGU 107.1: What people or bands influenced you and the overall sound of The Ambassadors?
Sam: I went through a lot of different stages growing up, like listening to rock and roll such as Iggy and the Stooges, Damned, and that old stuff, the classic soul. A lot of it has to do with the fact that we came from a small town, I came from a small town and my instinct is to write something really big, to fight that feeling of being trapped in a small town.
WPGU 107.1: The name of the new record is Litost, what does this mean and what’s the overall message?
Sam: Litost is a Czech term that I have picked up and the word is all about accepting when there is nothing you are able to do in certain situations, carrying that frustration and learning to deal with it.

After a vibrant showing of The Ambassadors, the hardcore, long-time Local H fans began to come out of the shadows and line the front of the stage. Every passing minute allowed another row of hungry loud rock and roll fans to form.
“Hey Ambassadors! You guys left all your cocaine on stage! It’s like Boogynights up here man!” is what Scott Lucas said making reference to the fog machine mishap as he took the stage. Local H lived up to their reputation and even superseded it as the loud two man army played classics like “Bound for the Floor”, “High Fiving MF”, “Hands on the Bible” and many others, all with the majority of the crowd screaming the lyrics just as loud as Lucas. Lucas juxtaposes “stone-wall” facial expressions and crowd interaction with extremely physical guitar playing, using guitar feedback like a paintbrush rather than uncontrollable energy.

For a moment the crowd thought the show was ending when Lucas walked off, but he politely walked over to the bar, purchased a drink and then slowly made his way back to begin the encore. Scott’s complex guitar set up, which had two audio cables running to multiple amps and a whole mess of effects pedals at his feet, more than proved his expertise in losing his shit. Then Lucas crowd surfed from the stage to the merch table at the back of the High Dive, and instantly began selling Local H goods. He even talked up a storm and left personalized messages on everything. Hallelujah! I’m a Bum, the new record that dropped in September, was very popular. After the pandemonium ceased, I was able to ask him about the new record and the band.

WPGU 107.1: What people or bands influenced your sound growing up?
Scott: Well some bands colored different ideas for me, like Zeppelin colored the idea of quiet and loud in songs, and Pink Floyd colored the idea of having concept records. Without them I wouldn’t have any of that.
WPGU 107.1: You said Pink Floyd gave you the idea of having a direction to each album, so what’s the direction of Hallelujah! I’m a Bum?
Scott: It’s a political record that tries to tie together the micro and macro levels of politics in America. And it really shows that politics can be really personal. Back in 2008, another major depression was closer than ever, and the words Hallelujah! I’m a Bum meant everything about my idea.
WPGU 107.1: On a unrelated topic, who’s your favorite superhero?
Scott: Wolverine, because he’s a general badass, and he looks like Clint Eastwood.

Local H — Bound for the Floor: