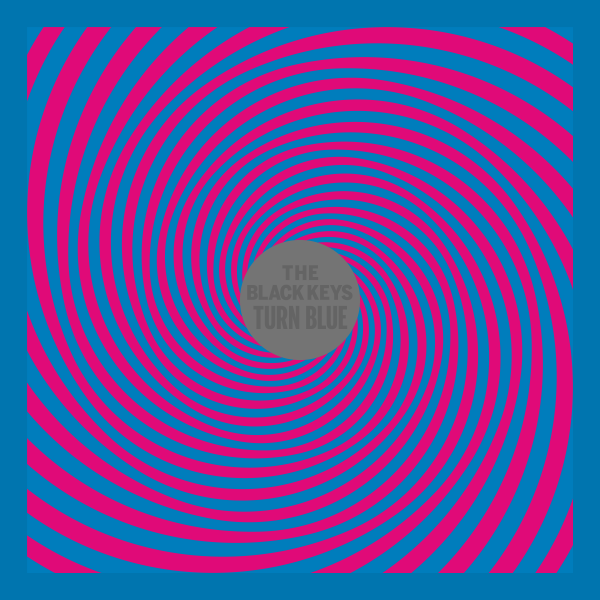 The Akron, Ohio rock duo known as The Black Keys have made some serious strides in music history these past few years. Starting off as a sucky garage band back in the early 2000’s, Carney and Auerbach have slowly progressed into one of the most famous rock bands working today. Although it took them almost 11 years to get the hit song “Tighten Up” from their 7th album Brothers, the headstrong duo stood their ground and eventually the took home 5 well deserved Grammy awards in 2012 for the musical sensation that encompassed El Camino. Typically this sort of slow path to fame would have knocked any band out of the running somewhere after album four, but that’s how you know these guys are doing it right. It’s not about the money or the fame or the awards, it’s about the roots of playing what you love and forgetting what everyone else wants. That’s precisely why their 9th album, Turn Blue, is nothing to be upset about.

The new album may not have been what the world was expecting, but then again when can you ever actually predict a move from The Black Keys. Collaborating with mid-sized rap artists, like RZA and Mos Def, in 2009 to create their first ever rock/rap album was their first surprise to the world. Following that performance is easily the announcement that The Black Key’s front man, Dan Auerbach, produced Lana Del Rey’s 2014 album, Ultaviolence. From rap collaborations, and pop productions, Carney and Auerbach are an undeniably dynamic duo that aren’t interested in the publicity or hotshot “stadium headliner” titles. They’re just two average dudes who are pleasantly unpredictable, unbearably talented, and one of the driving forces in the music industry today that is doing something beautifully right with their music.

One of the most appealing features The Black Keys contain is being able to have a new sound each album while never straying away from the genre they uphold. They’ve toured garage, grunge sounds in The Big Come Up, xylophone backbeats in Attack & Release, indie-stoner jams in Brothers, and pop-rock synthesizer collaborations in El Camino. I think this is essentially why The Black Keys made it as a band today. You can’t get bored of their sound because it’s always different, sure there are defiant staples in every album that gives them their style, but the boys always know how to alter each album just enough to keep the curiosity alive. The Black Keys have successfully checked off yet another new sound with the psychedelic, blues rock tones that embody the creations of Turn Blue.

In an era where technology is becoming more abundant, many rock artists are taking advantage of this new style and incorporating things like futuristic guitar pedals and reverb effects to redesign their music. Bands like Tame Impala and Temples are thriving on it today and it’s clear that The Black Keys have given it a fair try in their new album Turn Blue.

The album opens with a wispy, Western intro and echoed, guitar solo in a 7 minute tune called “Weight of Love.” It’s one that previews the heartfelt sorrow that you’re about to feel throughout all of Auerbach’s terribly sad lyrics in the album. This slow, mystic Western sound returns once more in the acoustic song “Bullet In The Brain.” However, with all the despondent song beginnings, Auerbach seems to always pick it up come chorus time to give you the opportunity to get up and jump around or sit back and feverishly bang your head to the beguiling beats.

It’s clear that the recent divorce Auerbach and his wife just went through has become the general theme for the album, but that’s not necessarily a bad thing. It’s refreshing to hear the lyrical diversity out of the band. Everything isn’t going to be happy, sunshine and rainbows all the time, and we’d be a fool to ever think that it could. Auerbach sings words like, “You had a thing no one could ever be sure of, never ever had a pure love” and “Why you always wanna love the ones who hurt you.” His songs are quite a haunting with low energy and taunting rhythms but that’s what makes them so dangerously powerful at the same time. You can’t help but to feel what Auerbach feels whether you can relate to him or not.

The song “In Our Prime” brings back the band’s classic funk sound. The baseline is filled with Amy Winehouse-type brass flares accompanied by Auerbach’s high-pitch, synthetic vocal haze. It’s the perfect lead-up for the handclap chorus and ringing piano rhythm that shines later on in the song. There is a lot of tasteful, interjecting instruments that mask the downright sorrow of this track. The band seems to have a fun time with these uncommon interjections throughout the whole album actually. The song “It’s Up To You Now” jumps around countless tempos and gives off a very Jack White “Lazaretto” feel. It’s the musicality behind the songs that gives Turn Blue its talent. At first glance it’s just an album of sad lyrics and forlorn rhythms, but after a few runs through it’s easy to dissect the skillful musical technicalities that The Black Keys have acquired over the years.

The lead single “Fever” is the clear favorite of the album and the closest sounding song to something off of El Camino. The song incorporates a repetitive techno, organ beat intermixed with bass thumbing transitions that is imperceptibly catchy and has just the right amount of lyrical repetition to get stuck in your head for weeks. However, don’t mistake this song as the theme of the album. It’s the furthest thing from what you’ll hear again in Turn Blue.

The 70’s slow-jam sound that exemplifies the song “Turn Blue,” their second pre-album release, is one that reminds me of a song you’d listen too at a roller rink during couples skating. You know, right when the lights are off, somewhere a disco ball falls from the ceiling and your savaging to find someone’s hand to hold as you skate around in circles. It’s a song of smoothed out intensity and is groovy enough to make you wonder just where you put your bell-bottom pants and if roller-skating is still socially acceptable.

The last few songs become a bit of an emotional blur. They’re all a large whirlwind of grim thoughts complemented with atmospheric guitar jams and daydream bells that send you off into a sort of transit lullaby. They’re the songs you get lost in thought to during a rainy day or the songs you put on when you have in fact ‘turned blue’ yourself.

Turn Blue takes one last unpredictable spin with the very last song, “Gotta Get Away.” It’s a song that undeniably screams summer in the most up-beat way and is about breaking free from whatever doesn’t belong in your life. It’s clear that the band went through a rough patch and that they let out these inner sorrows into the album. I know most of us thought Turn Blue was going to be another step higher from El Camino’s upbeat jams, and I’m sure most fans will have their bones to pick with all the melancholy sounds, but personally I would say Turn Blue told the story it needed to and that’s all. The Black Keys aren’t some band that needs to be glorified with hit song after hit song. They’re a band that can take a time-out with an album like Turn Blue and still have a remarkable following that can appreciate the album’s versatility it for what it is.