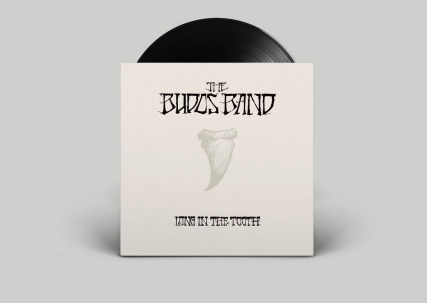 Released this October, Long in the Tooth, the newest album by The Budos Band gives listeners a tasteful mix of funk, rock and afro-doom music. Spanning eleven tracks, this 32 minute LP gives the listener a megadose of ear-friendly brass, echoey (but absolutely excellent) drum grooves, and gritty guitar riffs. The Budos Band has been making “musical universes from trippy psychedelia and Afro-funk to ’70s hard rock and late-’60s soul” (Steve Leggett) since 2009, starting from a jam session in NYC, and working with a slightly different lineup on every major project since. Perhaps this makes the title Long in the Tooth appropriate — it’s a western expression for being old and wise. In pretty much every respect, the Budos band continues their pre-established aesthetic on this album, with everything from instrumentation to song length virtually the same on this album as its predecessors. Will the creative juices that the Budos Brings to the table create a new, dynamic addition to the genre? Or will this most recent experiment yield the same redundancy? We’ll have to listen to find out I guess.

The title track “Long in the Tooth” starts out humbly with a rising electric guitar pulse, soon joined by dramatic brass lines and, I’ll readily admit, one of the most fantastic drum grooves I’ve ever listened to. The instruments blend well over a bass guitar line with just enough reverb to be atmospheric, and just enough grit to make you want to go bull riding with Clint Eastwood. There are some subpar bass solos here, but they’re short and melt into satisfying guitar riffs and dizzying keys. There’s nothing special about the rapturous melodies, but it definitely creates and maintains a dark, western vibe.

“Sixth Hammer”, the second track seems like an alternate take of Long in the Tooth. It’s in the same key, features very similar angsty brass melodic lines, and the guitars feel almost identical. Key differences here include a slightly different (and still incredibly top notch) drumbeat, a funkier bassline, and some excellent sax solos that cover the holes and pauses in the track. In general it just sounds like a slightly less over the top alternate take of Long in the Tooth with subtle changes.

“Snake Hawk” begins with a repeated trembling keyboard riff reminiscent of literally every indie band. Soon it’s joined by a simple bass line, and more of the dark brass. Here the melodic driver is definitely the keys though, as they hover between chords, even under the dominance of the brass. The drum also includes claves which give a fascinating Latin subtext to the song, drawing comparison to the Buena Vista Social Club album or possibly Poncho Sanchez.

“Dusterado” starts out with another absolute win of a drumbeat, reminiscent of Bolero, before being joined by more tremulous keys, a melancholic bassline, and a slow folk-y brass chunk. The keys here play excellent countermelodies to the brass, and initiate epic key changes that definitely add spice to the music. Beyond the stellar keys and bass, the brass and guitar seem kind of boring in the context of the rest of the album- until they combine into an unexpected rhapsodic chord sequence near the end, making ending the song very worth the wait.

“Silver Stallion” begins very similarly to Six Hammers and Long in the Tooth, but soon becomes a sleeper favorite on the album as the drums and guitars are given extensive freedom to create a surreal timeless ambiance near the middle of the song, out of which the melodies reemerge, stronger and doper than ever. It’s worth noting that this is one of the very few major key tracks on the record. While not the MO for Budos, it definitely works.

Following “Silver Stallion” is “Haunted Sea”, which is virtually the exact replica of the title track, with a much spicier bassline, and sometimes cooler brass lines. In general though, not much happens here other than a few electric guitar solos over subdued keyboard pulses. There’s a weird stop-start near the end, but it really doesn’t add much.

“The Wrangler” is next, with identical chord progressions to many other songs on the record, but spiced up with a cooler bassline, and some atmospheric keyboard moments. The mesmerizing bass and percussion also takes us to some stellar reverb laden trumpet(?) solos. This song isn’t very dynamic beyond that, earning a lukewarm take from me.

“Gun Metal Grey” starts out like an indie song, with just drums, subdued keys and another decent bassline. I’m actually a big fan of the brass on this song, playing a fairly low key rippling melody, although the call and response aspects are over played. They don’t hesitate to add layers though. About one minute in, the song just restarts, with cool brass harmonic elements added in which is something this album needs more of. Suddenly everything drops away to a genius, gritty sax solo that blends expertly with the bassline. The trumpets accommodate to the new melodies in a special way, and there’s a dope 70s-esque guitar solo (reminds me of The Doors) to end the song in a haze of post-Vietnam nostalgia.

“Mierda De Toro” employs more of that luscious gritty guitar, working melodic loops around the fairly complex bassline. The brass takes a step back in this track, allowing the guitars to shine through scintillating melodies and expansive riffs spilling over an excellently measured drumbeat, and refined brass textures that could be melodies, but are largely trampled over by the instruments (to really good effect) While the music and dynamism of this track aren’t amazing compared to some of the others on here (looking at you “Silver Stallion” <3), the balanced instrumentation and blend here results in some of the best work, especially from the guitars.

“Budonian Knight “plays very similarly to “Mierda”, but pays more attention to the keys. The drumbeat is great as always, the bass is very low on the radar in this song, and the brass is very background. About a minute and a half into this thing, the song changes up and becomes much better, brass take center stage again, but they don’t shy away from abstract two note riffs, melodic embellishments, and some epic distortions. Very solid track, not amazingly balanced, but makes up for it with an interesting structure, and good brass lines.

“Renegade” is the keyboard player’s time to shine I guess. We have keys over a fairly interesting bassline, and a laid back (dare I say “average”) drumbeat. The sweltering guitar riffs go from barely perceptible to roaring, and drench the song in a hazy New Mexico sunset. They begin to become the melodic drivers, and stroke away a bubbling melody, filled with absolutely gorgeous distortion and some of the coolest sounds that LITT has to offer. The song draws to a halt, and then begins to rebuild itself using what sounds like reversed snares, and more gorgeous guitar riffs, a new bass cycle and a tantalizingly quiet harmonic melody far above everything else. I’m not sure why it’s there, but that melody’s haunting qualities over increasingly saturated LFOs make for a great finish to the album.

So what’s the overall analysis? I was very impressed by this album. I think it’s easy to take tracks for granted when they all sound so good, and I am definitely guilty. I think where the Budos Band truly shines is their incredibly skilled musicianship. I can’t think of any bad instrumental sounds produced anywhere on this record. It’s nothing short of a flawless run. Where this album runs into trouble is the “genre” issue.

While each track is a standalone gem, how do they fare next to each other? Budos has been alive and kicking for 15 years, and dominated the crossover, ethio metal jazz lane for the entire time. That being said, the Ethio Metal Jazz lane is not exactly the most expansive genre. Coming up with truly unique tracks is like trying to land a dart on a bullseye already filled with darts. So what exactly did Budos do to differentiate their tracks from another? In all honesty, my answer is not enough. I quite simply didn’t see enough aesthetic variation in this album to merit something truly amazing. And that’s not to say that Budos has been lazy.

They’ve pushed their envelope quite a bit on this record, as seen in “Renegade” and “Silver Stallion”, two of the best songs on the record. At the beginning and end of each song, sounds were flipped, distorted, deep fried and changed in all manners leading up to “Renegade”s transcendent ending, and I gotta say, the album could have used more of this. Beyond cool sounds, pretty much every song flitted between a major and relative minor key through the whole song. Changing up chord progressions would have been nice, as well as more of the sultry, cinematic guitars. I also noticed pretty much every song is at a very similar tempo. It would definitely be interesting to see how Budos would tackle slow jazz or energetic speedy music.

I think this album is definitely a win. We see Budos at their average and their best. Like almost every Jazz album I’ve listened to, it’s got a crazy amount of volatile ingredients, and through this album, I feel like Budos have begun to experiment with changing the recipe a little. While this album is good, I’m even more extremely optimistic about whatever Budos has coming next, assuming they perfect new instrumental balances, aesthetics, and venture farther into the surreal realms of a rapturous wild west that they captured so well on Long in the Tooth. 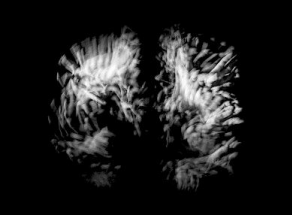 Abraham Holtermann is an Engineering Physics student from the ‘burbs who enjoys going for runs, solving problems, and scrolling through Google Maps Streetview. At any given time, you can probably find him listening to his latest obsession in avant-classical, rap, jazz, funk, etc. in search of profound enlightenment.

View all posts by Abraham Holtermann →