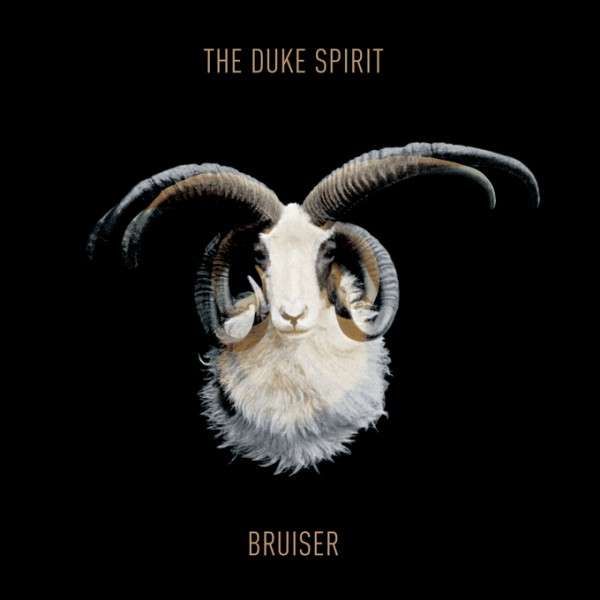 Olly “The Kid” Betts rolls through a tribal drumbeat, while one guitar plucks out a dark, psychedelic riff.  It might sound more like a bright summertime riff, but the tuning is dropped down. A clean toned Gibson semi-hollow guitar enters in and plays notes that stand out from the other guitar.  Then Betts hits the crash cymbals.  Liela Moss delivers a slow chorus that has the energy of a punk band.  This is the single, “Surrender,” off The Duke Spirit’s third album Bruiser.

Forming in 2003 after meeting at an art college, The Duke Spirit’s following happened by putting forth hefty tours because they did not have TV or radio advertisements promoting the band.  At a live show, Moss might be twisting a tambourine like a tornado, all while belting out into the microphone.  She flips her hair when she’s not singing and taps her foot to the beat.  The effects the guitars use are a big part of the band’s unique sound.  When a song reaches it’s most intense moment, the guitarists like to create a whirlwind by bashing out on a chord that’s high on the guitar neck and keep their crazed strumming as the chord inches to higher and higher frets.

Their newest album Bruiser moves through grooves carried by Moss’s mysterious and howling vocals to the experimental tones of the guitar.  They mix in a few other instruments at points like bongos or a piano to change up the sound as well.  Moss’s voice has a soulful and dynamic range that could probably fit a blues song—but it’s not just her voice.  In tracks like “Northbound,” the way she puts together melodies, especially in the choruses, shows she’s not a one-dimensional singer but a gifted musician.  This albums sticks to what The Duke Spirit has done in the past, and it works again for them.