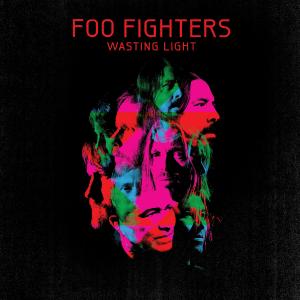 The Foo Fighters have grown accustomed to filling up arenas like Wembley, where they played alongside their idols: Jimmy Paige and John Paul Jones.  So what does Dave Grohl want to do next?  Grohl and the Foo Fighters decide to record their new album in his basement and ditch all the fancy equipment for rolls of tape.  Grohl also asked Butch Vig to record, the first time the two have come together since the production of Nevermind in 1991.  What else?  Well, Krist Novoselic plays bass on the track “I Should’ve Known,” an emotional rollercoaster about former band mate and friend Kurt Cobain.

In Wasting Light, the first Foos album since 2007, the Foos ditch the acoustic guitars and create 11 catchy but also edgy rock songs.  In “Bridges Burning,” the head banding build up is a chain Reaction where one guitar plays a powerful riff, then another two guitars eventually jump in, leading up to Grohl screaming “these are my famous last words.” That power leads into the bands single “Rope.”   With Taylor Hawkin’s Neil Peart-like rhythm on the ride symbol, the lightning quick taps give the chorus urgency and bring the song to life when Grohl sings ‘give me some rope, I’m coming loose.’

The songs on this albums show the Foos development as musicians.  After watching Chris Shiflett shred in the solo of “Rope” on SNL, the Foos seem to be much more balanced as a band.  With the addition of Pat Smear as another guitarist, Dave Grohl is given more freedom.  Now, at times Grohl can add chords that ring out while the other two guitarists carry the groove, allowing Grohl to focus on singing and interacting with the crowd.  The structure of the songs are well designed. Right after a song feels like the tension is reaching its peak, and the song is going to end, they break into a verse that make that verse sound much more powerful than hearing it earlier in the song.

With the reunion of Vig, Grohl and Novoselic, “Wasting Light” seems very reflective of where Grohl’s past and gives a look at what he wants his future to be.  As of right now, the Foos are touring in fans’ garages, a sign that no matter how big they get, the popularity doesn’t mean anything to them.

Recommended if you like: Queens of the Stone Age, Nirvana, Them Crooked Vultures.