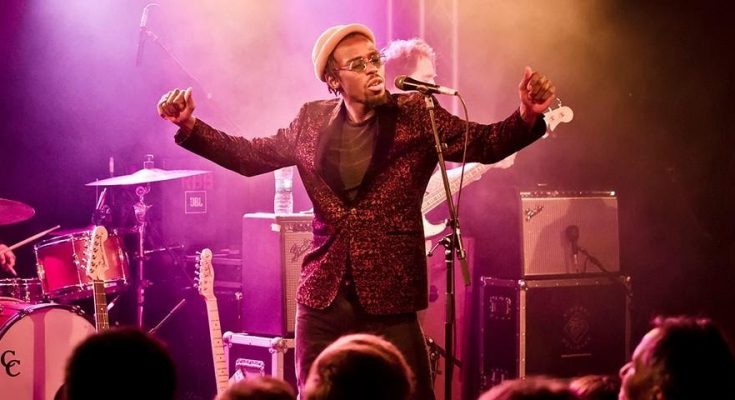 Texas, USA. Incomparable to any other state in the country, the Lone Star State is known for its fervent pride, sentiments of independence and a bizarre history that invokes vivid imagery of the gritty “wild west.” The rich Texan culture is undeniably unique and at least somewhat familiar to every American, as are the vibrant visions of cowboys, lassos, the Alamo, and intense standoffs at high noon.

The same can be said of Texas’ music scene. Just as one is likely to picture the aforementioned imagery when they think of Texas, they would be rightly inclined to recall the well-established prevalence of country music within the state when thinking about great Texan musicians. Legends such as George Strait, Willie Nelson and Waylon Jennings are names that are sure to come to mind, as are the names of modern artists like Kacey Musgraves and Aaron Watson currently carrying forward the Texas country torch.

An unfortunate consequence of the close marriage between the country genre and the state of Texas is that one is likely to presuppose homogeneity and have little to no expectation of any truly fresh or exciting sounds to be birthed from the state — and man, have the last two years been the wrong time to possess that disposition.

Last year saw an eruption of prominent releases that were heavily grounded in the roots, soul and funk genres explode out of the Lone Star State. This phenomenon can be largely attributed to three factors: the return of the critically acclaimed Houston-based psychedelic funk trio Khruangbin, the collaborative efforts of Fort Worth native and alternative soul pioneer Leon Bridges, and, most notably, the torrid emergence of Austin’s vibrant, funky and rocking soul collective, Black Pumas.

The story of Black Pumas is unique not only in how the band was formed, but also in regard to the astonishing success and critical acclaim garnered by the group’s self-titled debut album. A few short years ago, the Laredo, Texas native, and Grammy award-winning guitarist/producer Adrian Quesada had a problem: he had loads of instrumental guitar ballads recorded in the studio, but no one to sing over them. Enter a friend of Quesada’s who also happened to be friends with a young Californian singer, Eric Burton (pictured above), who spent the prior year traveling his way across the American southwest performing wherever he could and had just recently settled down in Austin in attempt to grow his music career.

When telling Quesada about Burton, this mutual friend described Burton as the best singer he had ever heard.

This statement was all Quesada needed to hear, as he promptly met Burton in 2017 for a few casual jam sessions in his studio. Not only did Quesada find Burton’s impeccable vocal skills to perfectly complement the soul-flavored, R&B-funk sound that Quesada was aiming to craft, but also that they possessed an incredible amount of chemistry. In no time, the Black Pumas were officially born.

June of 2019 saw the release of their stellar self-titled debut album, which was met with three Grammy nominations for the upcoming 2021 awards cycle. Their hit single “Colors” was nominated for Record of the Year and Best American Roots Performance, while the album itself received the coveted nomination for Album of the Year. The Pumas have since performed as the featured guest artist on every major American late night talk show and just recently performed after Joe Biden’s inauguration in a concert lineup that boasted the likes of Bruce Springsteen, John Legend, The Foo Fighters, and Jon Bon Jovi.

Not too shabby of a track record for a band hardly a year-and-a-half old.

The lively roots sound the Black Pumas were able to hone and perfect was tremendously refreshing and struck a chord within the local Texas music scene that reverberated across state lines and translated to national fame. However, while this chord was undeniably stricken hardly by the Pumas, it was not strung into place by the exciting new group.

With all eyes on the Houston trio following the widespread critical acclaim of their first two albums, the inexorably groovy Khruangbin delivered yet again in 2020 with Mordechai, their third studio album. The past five years have seen Khruangbin use their psychedelic-funk musical stylings to establish themselves as talented outliers within their local music scene, and in doing so they helped to lay the foundation for the soulful tidal wave of Texan funk that came flooding through the sweltering state over the past two years.

While Mordechai surely was Khruangbin’s highlight of last year, the band’s most fully realized embodiment of the surging Texan funk wave was their earlier 2020 collaboration EP with Leon Bridges, Texas Sun. Bridges emerged in 2015, releasing his debut studio LP the same year Khruangbin did. Much like the Khru, Bridges has spent the last five years making a name for himself in the Texas music scene, using his hypnotic voice and enthralling alternative soul instrumentations to propel him forward into mainstream recognition.

Given their career trajectories and similar acclivities toward paving their own way by concocting their own unique sounds in the Lone Star State, it made all too much sense for the Houston trio and Fort Worth native to come together and create a project celebrating the current surge of exciting music billowing forth from up-and-coming Texan artists.

If there’s anything these groovy Texan pioneers have taught us over the past two years, it’s to never judge a book by its cover — especially when it comes to music. People might think country when they think of Texas, Broadway music when thinking of New York, bluegrass when thinking of Kentucky and hip-hop when they think of L.A., but there’s always more to the story. Should people continue to merely look at the surface of these regional oceans of innovative new music, they’ll continue to miss out on some of the most exciting sounds these states have ever had to offer.

To those who usually don’t: do a little digging, it’ll be more than worth your while. You never know what new favorite artist you’ll unearth beneath the surface.