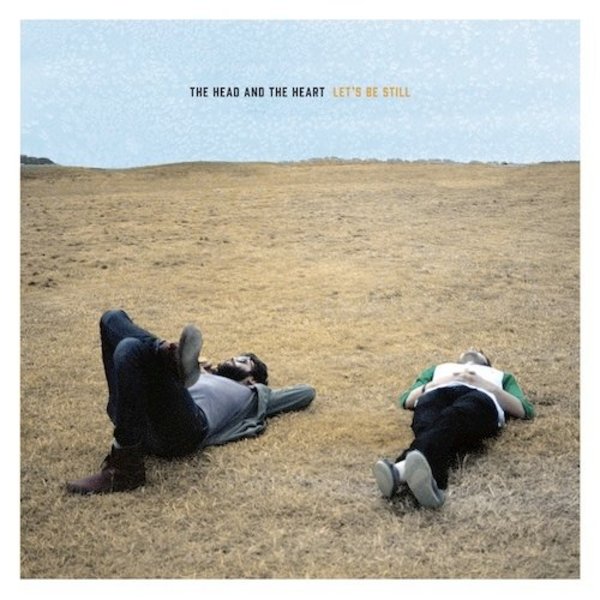 The Head and the Heart have done it again. Lets Be Still, the bands sophomore album, has been playing on my Spotify all week. Using the power of their different voices, this group of amazing people have made a fantastically, soulful album. I may be a tad biased toward their music because (using this phrase with no remorse) I knew them before they were huge, the classic music line. One of the best concerts I’ve been to was The Head and the Heart at our very own Canopy Club in 2012. With my feeling toward them out in the open, let us continue.

For those who don’t know the amazing people who sing and jam together here they are. We have the only girl in the band, Charity Rose Thielen, who is vocals, violin, and some percussion here and there. The other lead vocalists are Josiah Johnson and Jonathon Russell, also they both shred on the guitar. The bassist is Chris Zasche, pianist is Kenny Hensley and finally, Tyler Williams on the drums. Talent on Talent on Talent. Fresh out of Seattle, the group formed in the summer of 2009 and self-released their debut album The Head and the Heart that June. Spreading their music via word of mouth and local music stores, they blew up the music scene and selling 10,000 in a matter of months.

With the release of their newest single “Shake” from their sophomore album Let’s Be Still, the band set the stage for an upbeat and successful set of tunes. The vocals of this song are as good as you’re expecting. It begins with the single voice of Jonathan and leads to the collective singing that brings me back to the “Cats and Dogs” days of their first album.

To me, it’s always about the opening track. I need something to intrigue me to know that they are the same band with a new feel. The opening track, “Homecoming Heroes” grabs you with the piano intro but its that blessed violin of Charity that grabs you into the album, well besides the their vocals of course. The song had a taste of their debut album, but not too much that it makes you think its all a repeat. I have to praise the drummer, Tyler, on this song. With the changing in tempo throughout the song, and the many other instruments, he kept the beat and had me playing the air drums during the chorus.

By far, the songs I loved the most were Charity Rose’s songs “Springtime” and the connected song “Summertime”. I actually thought theses two songs were a single track, I was too into the music to even realize it. I have always thought that connecting tracks is the most interesting way stop make music. Its as if the song was too good to end, almost like they had more to sing. The first of the two tracks captures the growth and lightness of springtime with her voice showing a gradual intensity in the 54-second track. My biased again is apart of this song, I love Charity Rose’s voice and believe her songs are a staple to album and the band as a whole. You’ll agree after these two merged songs.

As previously, stated I absolutely enjoy anything this band creates, but to the newcomers, it is a very upbeat album with a few ballads that keep our toes tappin’. It’s a great tribute to music and its fans that this self-released band has become popular. Between the songs above and the entire album, I recommend just taking a seat and listening to this album for hours. I promise, it is worth taking a listen. There is only so much I can say to describe the music, you have to take it and listen to it.

RIYL: Trampled By Turtles, The Avett Brothers, Family of the Year

Check out Let’s Be Still here:

Hello! My name is Ellen Youpel and I am a junior in the school of LAS, majoring in History. I was born and raised on the Southwest Side of Chicago,in the Beverly-Morgan Park Area. To be honest, when it comes to music, I love it all. If it makes me want to dance, sing, jam, or jump, you got me hooked.

View all posts by Ellen Youpel →