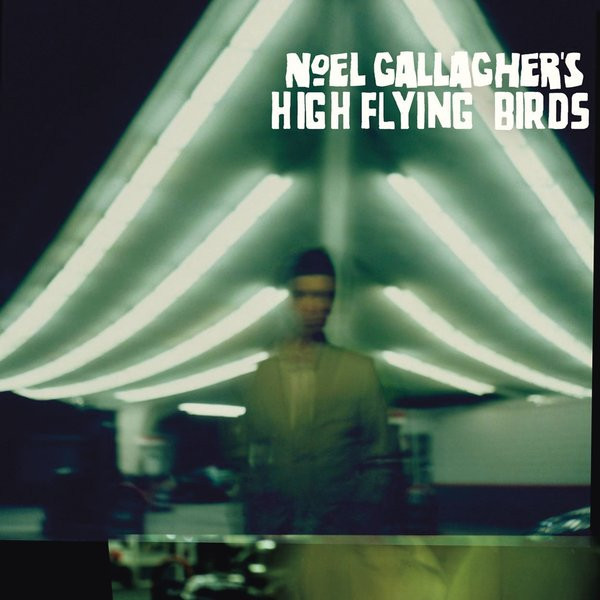 My youth, much like many people of my generation, included the soundtrack of the shoegazing-esque musical talents of the Gallagher brothers and their band Oasis.  Powered by their biting British accents and “wall of sound” musical techniques, their anthems like “Wonderwall”, “Don’t Look Back in Anger”, and “Champagne Supernova”, though not being the most lyrically diverse, were instant classics.

Unfortunately, I am not set to review an Oasis album (though it may seem so at times).  Noel Gallagher broke from Oasis in 2009 with an announcement of his solo career.  Honestly, he probably should have just gotten over the rift he had with his brother, Liam, because this album is nothing to write home about.

Initially, when I heard the first track “Everybody’s on the Run” for the first time, Gallagher’s croon sounded eerily similar to (oh no…here it comes) Chad Kroeger of Nickelback.  The twang combined with the driving guitar line made for a terrible combination.  This is a monumental turn-off for me.  Mostly because Nickelback is the worst band of our generation.

All of that being said, the album sounds like a toned-down Oasis…clearly missing one of it’s influential members.  Liam Gallagher proved to be a vital part to making successful music.  The wall of sound that Oasis produced is still there.  The abundant strings in the background make the album flow much like “What’s The Story (Morning Glory)?”.  Certain tracks (albeit a select few) like “If I Had a Gun…” and “Stop the Clocks” build off of what Mr. Gallagher has gained from Oasis and present a new, more evolved sound.

The vast bulk of the album, however, slips into the bleak obscurity of a lackluster rendition of a familiar sound.  There seems to be nothing inventive.  Sure, Noel, you had a fight with your brother and you made your own album.  But it actually sounds like the same ‘ol stuff.  Just a little less well-concieved.  Unfortuantely, I must say that there is nothing that stands out to me about Noel Gallagher’s High Flying Birds.