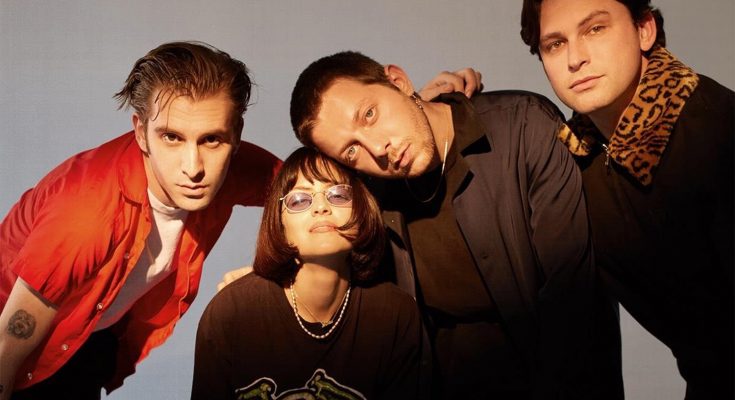 The Marías have been preparing fans for the release of their debut album for months and have finally given us a taste of what’s to come with their new single, “Hush.” The LA-based band, founded by lead singer María Zardoya and Josh Conway, have been making dreamy, psychedelic music since 2016. Hypnotic guitar riffs, soft vocals, and elements from other genres work to create an experience unique to The Marías. Their music draws you into a world of psychedelic soul as Zardoya’s voice plays in your ears.

After years of scattered singles and EP’s, The Marías prepare to take the music scene by storm June 25th with their debut album, Cinema. Another single is set to be released this upcoming Friday, but “Hush” is a powerful beginning to this new era. Zardoya’s velvety vocals work with the song’s pulsing beat and alluring ambiance to assert their place in the music industry. Zardoya and co-founder Josh Conway write, record, and produce in their own home. The music they share with the world is a product of artistic creation and experimentation and as Zardoya sings, what they do is not for you. The single exudes an air of self-confidence that the band rightly deserves. Throughout the years they have worked to create art, not only through their music, but their music videos, visuals, and overall aesthetic. If “Hush” can tell you anything, it’s that The Marías are about to give you a masterpiece with not a single skip in sight.

The music video for “Hush” is now on YouTube and their next single will be released on June 4th, 2021.