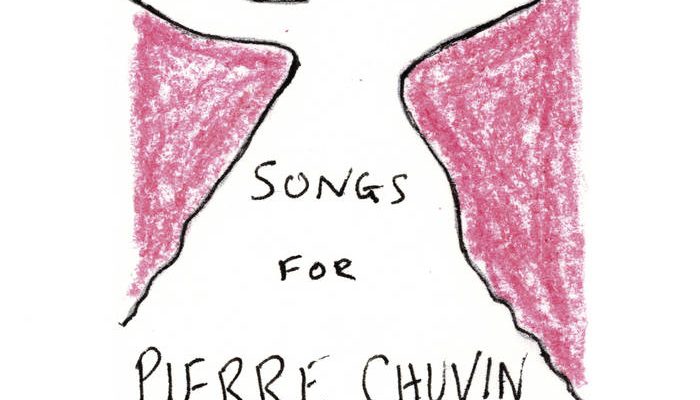 The Mountain Goats are a band with a wealth of history to back up every new release that comes down the line; a shift from tapes recorded at home to in-studio productions, stories of couples that burn each other out to fading goths and descending wrestlers from stardom. People find themselves drawn to the intricate and fine detailed stories in John Darnielle’s lyrics as well as maintained lo-fi punk energy which has ingrained even their most intricate of ballads. When the group stopped production of the next album and, in Darnielle’s own words, found “the world a very different place,” the frontman found himself reunited with the things that used to bring together the songs in the early days of the bad; a dusted boombox, a guitar, and esoteric stories of those othered by society. Every day for ten days, Darnielle wrote and recorded a song as inspired by his readings of Pierre Chuvin’s A Chronicle of the Last Pagans, and out came a new tape, Songs for Pierre Chuvin.

There is continuity in this new release in the overall thematic content of these stories, but also is a warm return to the faint buzz of the Panasonic that has been absent since 2001’s All Hail West Texas. The album also bears the old trademarks of Darnielle’s notes before some songs, detailing the need to rerecord “Until Olympius Returns” because of a “mysterious gap” and foregoing tuning in the rush to get “January 31, 438” on tape. It is a product of the context of its making, a past of songs written and put to tape with passionate fervor and a present putting away tools that have been developed. For the Mountain Goats, it takes the strength of a previous aesthetic and fuses it with the focus gained in the previous recent albums.

Most songs are hung on a few chords and lyrics of pagans making their way through worlds whose systems they do not fit and the empathetic scraps that can be found in them. Whether propelled forward energetically like in “Until Olympius Returns” and “Last Gasp at Calama” or with a slower somberness as in “Their Gods Do Not Have Surgeons” or the opener “Aulon Raid,” each song finds something both new and familiar within the Mountain Goats’ catalog. The last two songs even find roots in the history of the band; “Going to Lebanon 2,” even in the title, references its place as a sequel and the closer “Exegetic Chains” has lyrical references from hits to hidden gems littered throughout. This does not mean knowing the context is a prerequisite of liking this album though as even a new listener will latch on to the lyrics or energy behind the songs if they would before. If the previous work of the band was or would be to your liking, this album will fall right in line with that.

Songs for Pierre Chuvin is an energetic burst from the Mountain Goats which aligns some of the best qualities of their past and present into a quick thirty-five-minute slice of what makes this sound of theirs great. Making its way from Bandcamp to all streaming service April 17th, the tape is a good entry for those who want a taste of a lo-fi the Mountain Goats sound that made them so prolific and for someone who wants to see if the band might be for them.