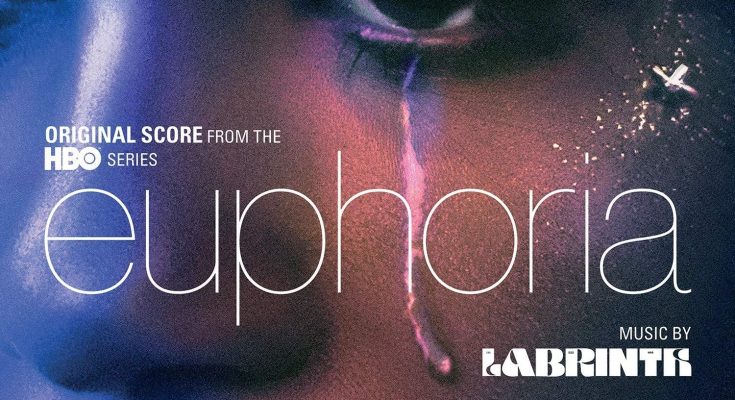 “The Music Makes It” is a series of articles that focuses on the use of music to elevate different forms of media. This article will focus on HBO’s television series Euphoria. Major spoilers ahead.

In 2019, HBO released the first season of Euphoria, a television drama that stars Zendaya and
Hunter Schafer. The series is primarily narrated by Rue (Zendaya), a teenager coping with drug
addiction and her diagnosed depression, ADHD, generalized anxiety, and bipolar disorder.
Euphoria also follows the story of Jules (Hunter Schafer), a trans woman grappling with gender
identity, sexuality, and childhood trauma. Although Euphoria is an ensemble piece, covering the
stories of 8+ characters, Rue and Jules are at the center of the series.

Since its release, Euphoria has made waves in the television industry. The show is dark. It can be
extremely hard to watch. Yet, the series is breaking ground for trans representation and for the
representation of characters diagnosed with bipolar disorder.

Euphoria’s visual storytelling is heavily influenced by music supervision (music supervisor, Jen
Malone). The soundtrack (Various Artists) and the original score (Labrinth) are intentionally
used to elevate each scene. While some television shows feature music that softly graces the
background, the music in Euphoria has a presence of its own. Every episode has at least one
iconic music moment, a scene that you would be drawn back to if you heard the song playing in
a coffee shop or at a party.

Euphoria has too many music-making moments to list them all, but here are five songs that stand
out as exemplary instances of auditory storytelling.

Rue’s battle with substance abuse is one of the major storylines in Euphoria – from an overdose,
to attending rehab, to managing sobriety, and to relapsing in the final episode of Season 1. The
relapse follows a sort of breakup with Jules, who leaves Rue at a train station. Jules desperately
wants Rue to run away with her to the city (escaping the confinement of suburbia and a slew of toxic characters attempting to control Jules’ life), but Rue realizes at the last moment that she
can’t leave. She thinks of her mother, her sister, her forgotten medications. Jules leaves, from
Rue’s perspective (and from many fans’ perspectives) a sort of betrayal.

Enter Euphoria’s brilliant use of music to support Rue’s emotional state and the broader themes
at hand. When Jules leaves, the show cuts to a monologue delivered by Rue’s mother at a
rehabilitation meeting, ushering in a montage of visuals that detail Rue’s past in flashes: her
childhood, a fight with her mother, the death of her father, her overdose, moments of joy, Jules.
There is little dialogue included in the montage. Instead, “A Song for You” by Donny
Hathaway (1971) plays – a beautiful but tragic track that features a chilling piano arrangement
and Hathaway’s soulful voice. Not only does the musicality of “A Song for You” fit the montage
perfectly, but Donny Hathaway’s legacy – from his captivating music to his struggles with
mental illness to his early and tragic death – gives insight into Rue’s character. More on that
later.

When “A Song for You” ends, the montage is also completed by a final visual; Rue shrugs on
her father’s maroon hoodie, an ever-present part of her outfits throughout Season 1. This is the
first time that viewers understand the significance of the maroon hoodie, which is the last piece
of clothing that we see Rue wear in Season 1.

At the completion of the montage, Rue is depicted stumbling home from the train station. As she
arrives home, “All for Us” by Labrinth ft. Zendaya (2019) begins – a chorus of voices
chanting softly in the background. Rue sits on her bed, a line of cocaine in front of her. She falls
back on the bed. She has relapsed.

At this point in the finale (and until the very conclusion), the visual storytelling takes on a surreal
style. Snow falls from Rue’s ceiling as her body is drawn up from the bed by an invisible cord
connected to her torso. She begins to stumble through her room and into the hallway as if drawn
by that same invisible cord. She mouths the lyrics to “All for Us”, becoming the star of her own
dark music video, complete with a choir and a marching band in monochrome maroon costumes.

The effectiveness of utilizing “A Song for You” and “All for Us” in the conclusion of Season 1
is emphasized by how the songs play back-to-back, transitioning from old soul into new soul
which draws on the classics and infuses a modern beat. In the last shot of the finale, we see Rue
fall back into the hands of the choir. Cut to black and a familiar voice utters “‘til then” as the
credits roll.

Like many other television shows and movies, Euphoria’s production schedule was affected by
the COVID-19 pandemic. While Euphoria was renewed for a second season in July 2019, it is
not likely to release until the end of 2021 or the beginning of 2022. To hold viewers over, the
Euphoria team released two bridge episodes: one from Rue’s perspective and one from Jules’
perspective. In classic Euphoria fashion, both episodes have standout music moments.

When showrunners announced two episodes that would bridge the gap between Seasons 1 and 2,
Euphoria viewers were not sure what to expect. The ending of Season 1 was ambiguous and
open-ended. Additionally, COVID-19 production conditions do not allow for the filming typical
of Season 1. For this reason, the bridge episodes divert from the style of Season 1. Both have
limited sets and are dialogue-heavy. Almost the entirety of Rue’s special episode “Trouble Don’t
Last Always” is a conversation with Ali, her mentor, at a diner. In the episode, Rue and Ali
discuss all of the big things: Rue’s relapse, the possibility of her recovery, racism, Jules, existing
as a human in this world. Although the episode takes place during the holidays, a time of
overabundant Joy!™, the conversation is not a happy one.

In the middle of the episode, Ali steps out of the diner to call his family. At the same time, Rue
receives a text message from Jules. It says “I miss you” with a heart emoji and a link to “Me in
20 Years” by Moses Sumney (2020). Rue puts in her headphones and the song begins to play;
the audience hears it as Rue does.

Nearly all of “Me in 20 Years” plays before Ali walks back inside the diner. They continue their
conversation and as it comes to a conclusion, Rue mumbles, “Ali, I just don’t plan on being here
that long, and that’s the tough part about all of this, you know?” It is a heart-breaking line, and
Ali responds by asking, “How do you want your mom and sister to remember you?” Rue
mutters, “As someone who tried really hard to be someone I couldn’t.” Ali takes her hand and
assures her, “I’ve got faith in you.” This exchange draws viewers back to the finale of Season 1
when “A Song for You” by Donny Hathaway became the soundtrack for Rue’s past.

Continuing in the spirit of the Season 1 finale, “Me in 20 Years” is a powerful and soulful song
that poses the question: what does the future hold for Rue? Where and who will she be in 20
years? This is Rue in one of her darkest moments, but thankfully, Ali is there to support her
by understanding her struggle, not judging her, and providing a little bit of humor.

As Rue and Ali leave the diner, the episode comes to a close with a beautiful rendition of “Ave
Maria” by Labrinth (2020). It is a prayer for Rue and for Ali too. There’s not much more to say
on that.

Although Rue’s episode aired first, Jules’ episode is first in the chronological timeline. The
episode opens with Jules attending a therapy session. Her therapist asks her, “So where do you
want to start?” Jules responds, “I don’t know.” Her therapist poses, “Why did you run away?”
The shot holds on Jules’ face for a moment before cutting to a close up of her eye. Shots from
Season 1 project onto her pupil, each one flashing to the beat of the piano arrangement featured
in “Liability” by Lorde (2017).

This montage is a clear indication that viewers are about to hear and see Jules’ perspective, not
only about the night at the train station but also about her own personal challenges in Season 1.
Jules’ special episode is incredibly important to the evolution of Euphoria because it exposes
Rue as not an entirely reliable narrator, and it responds to critics and fans who lambasted Jules’
character for leaving Rue behind.

“Fuck Anyone Who’s Not a Sea Blob” is the first time that we hear Jules really open up about
her gender and sexuality as well as her relationship with her mom who is also a struggling addict.
The episode is especially powerful because Hunter Schafer (who plays Jules) co-wrote it and was
involved with nearly every aspect of pre-production. Compared to the rest of the series, the
dialogue in Jules’ special episode is more authentic, more moving. Hunter Schafer should be in
the writer’s room permanently.

While it is uncertain what Season 2 will bring for Rue and Jules, viewers can count on the
Euphoria team to utilize great music to push their stories forward.

You can stream all episodes of Euphoria on HBO Max.