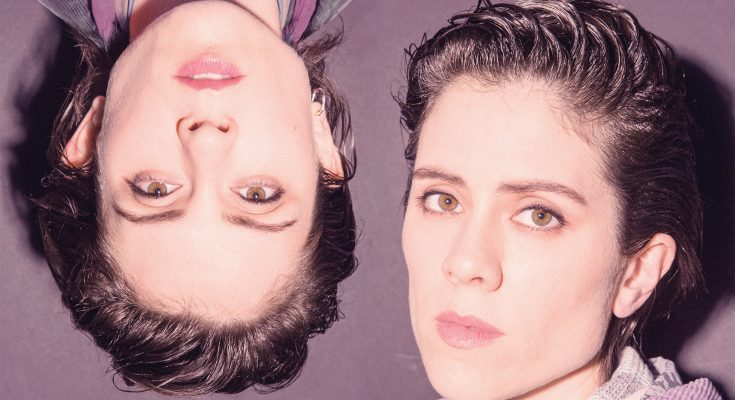 “The Music Makes It” is a series of articles that focuses on the use of music to elevate different forms of media. This article will highlight High School, a memoir by the groundbreaking musical duo Tegan and Sara.

Twin sisters Tegan and Sara Quin have been making music together since the mid-1990s. Over the last 23 years, the pair has released nine studio albums, spanning genres with alternative, folk, and indie pop influences. As queer artists and strong advocates for the LGBTQ+ community, the twins created the Tegan and Sara Foundation in 2016. The Foundation supports projects such as queer health initiatives, LGBTQ+ summer camps, and LGBTQ+ inclusive schooling. In response to the COVID-19 pandemic and the Black Lives Matter movement, the Tegan and Sara Foundation has granted over $30,000 to grassroots organizations.

In 2019, Tegan and Sara released High School, a memoir documenting their experiences growing up in Calgary, Alberta.

In a time when every celebrity seems to inevitably become a bestselling author, the Quin sisters’ memoir is something special. Far from a glorification of their achievements or a bland overview of their musical career, High School focuses solely on the twins’ formative years, alternating between their perspectives. While Tegan and Sara penned their own chapters, their narratives fit seamlessly together, creating a fluid and captivating look at their high school years.

Set against the backdrop of the alternative and rave culture of the 1990s, High School details the Quins’ creative awakening – from mourning the death of Kurt Cobain to finding a guitar hidden in their house to coming to terms with their sexuality. High School also highlights the importance and the legacy of DIY music and art. By the end of the memoir, you too will want to teach yourself to play guitar, write some songs, burn your own tapes, and play shows with your friends.

High School is set to be adapted into a “coming-of-age comedy” television series helmed by Clea DuVall (dir. Happiest Season, act. Girl Interrupted, But I’m a Cheerleader). A release date has yet to be confirmed, but in preparation for the series, you can take a deep dive into Tegan and Sara’s discography with these great tracks.