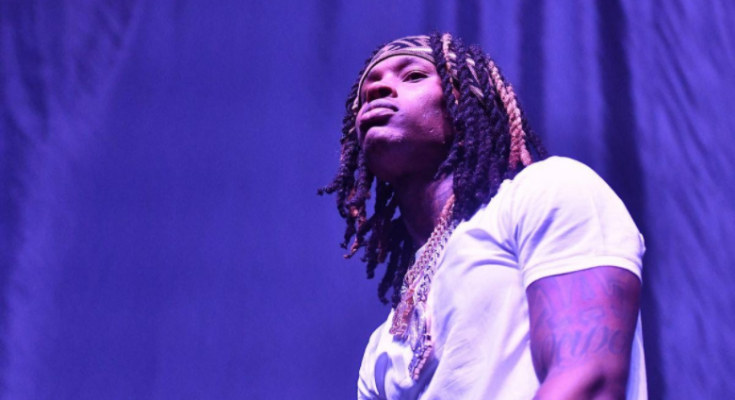 Any fan of hip-hop can attest that hearing the terms “west coast hip-hop” or “east coast hip-hop” evokes vivid imagery of the genre’s oldest legends and their sounds and styles that laid the framework for what rap music would sound like in their respective regions for generations to come. Geographically specific styles of hip-hop has been a staple of the genre since it took off in popularity during the 1980s and 1990s, historically resulting in drastic deviations from a given region’s established sound being somewhat infrequent and typically not occurring on a widespread scale.

Enter the brazenly confident, louder-than-life teenager, Keith Farrelle Shantique Cozart — far better known by his stage name, Chief Keef. For decades, Chicago hip-hop was defined by its acclivity toward incorporating gospel elements into its sound, spearheaded in the early 1990s by artists like Common and further solidified in the early 2000s through Chicago legend Kanye West’s freshman and sophomore projects.

While artists like Chance the Rapper ensure the Chicago gospel-style of rap is still alive today, the once signature sound has been surpassed by the style that now defines Chicago rap: drill. Reigning decidedly supreme in Chicago’s rap scene, drill music was invented singlehandedly by then sixteen-year-old Chief Keef upon the 2012 release of “Love Sosa,” the lead single off his Finally Rich EP and the proverbial drill music anthem to date.

Drill — named after a slang word for automatic firearms — is Chicago’s signature style of trap music that has been described as “unmediated and raw without bright spots, focused on anger and violence.” Amid an era when artists like Drake, Rick Ross and Lil Wayne were prolifically churning out braggadocios radio hits about the glamorous benefits in the life of a famous hip-hop artist, Chief Keef birthed a genre that accentuates the violent underbelly of inner city Chicago and its rap scene.

The goal of drill music’s visceral tone, audacious beats and graphic lyrics is to reflect the reality that residents in the inner city of Chicago must face. Much like Chief Keef, most up-and-coming drill artists are young men who grew up in outrageously violent neighborhoods plagued by gang conflict. Gang ties are frequently flaunted as a point of emphasis in much of Chicago drill music, as the artists will often scrutinize or openly threaten other hip-hop artists who are alleged to have opposing gang affiliations.

If one thing is for sure, it’s that drill music does not mince words. The drill style that has overtaken Chicago has brought back to the forefront of the rap scene something vitally important: the grueling situations out of which the music is born. While hitmakers like Lil Jon surely have merit in their styles and what they bring to the hip-hop genre, too often do people forget the strenuous upbringing many rappers must survive that presses them from coal on lead-ridden streets to diamond on the cover of XXL Magazine.

Even though drill artists try their best to prevent people from forgetting the hazardous odyssey that was endured to bring them to where they are today, the artists’ efforts are not always successful. It’s far too easy to blare Chief Keef’s “Faneto” or Lil Durk’s “3 Headed Goat” over bumping speakers and get caught up the sheer rowdiness of the music rather than focus on the lifestyle such artists are trying to bring to center stage.

Sadly, it seems that whenever the music itself fails to sufficiently convey the brutality of the inner city lifestyle, the lifestyle itself steps in to drive home the message in a way that cannot be ignored.

This past week, 26-year-old Chicago drill rapper King Von (pictured above) was shot and killed in Atlanta. Von, an emerging Chicago rapper who was taking his native city’s drill scene by storm, leaves behind two young children. 2020 had been Von’s most prolific year, seeing him burst into the rap game with albums Levon James and Welcome to O’Block, the latter of which — a project named after his home neighborhood, regarded as the most dangerous block in Chicago — was released just a week before his murder. It is speculated that the murder was the retaliation of a rival gang that did not take kindly to Von’s recent lyrics in his latest album and initiated the altercation outside the Atlanta club that led to his death.

Revered as “a chronicler of street life, building tense narratives of late nights on the streets,” King Von represents the tragic reality of drill culture and the lives artists like him lead. Even though one reason he moved to Atlanta was for fear of opposing gang violence due to how open he’s been about his way of living back in his neighborhood, Von still could not escape the vicious culture that engulfed his young life growing up on O’Block.

As tragic as King Von’s murder is, more tragic is the fact that he is far from the only young drill artist who has fallen victim to Chicago’s brutal gang culture. One need not look far to find a similarly grim example, as fellow 26-year-old Chicago drill rapper FBG Duck was shot and killed by rival gang members in the Gold Coast shopping district of Chicago just three short months ago.

While drill artists like Chief Keef and G Herbo might have perennial hip-hop bangers that will always be fun to blast at parties, we as listeners cannot turn a blind eye to the disheartening and pressing living situations drill music highlights. If you find yourself having trouble showing sympathy for gang-affiliated murder victims like King Von — and a tragically high number of young men in Chicago — pay attention when Von asks his peers, “So what you gon’ do? You gon’ rob or gon’ shoot? // You gon’ trap or gon’ crack? You gon’ win or gon’ lose?”

Robbing, shooting and pedaling drugs are synonymous with “winning” in the above lyric from King Von’s “How It Go” for a reason. For people who grow up in neighborhoods that are firmly locked into strangleholds by local gangs, they don’t have much of a choice if they want to survive. The next time hip-hop fans are gifted another hit drill track, let us take it with a grain of salt and never lose sight of the somber reality that plagues the lives of young men like King Von and thousands of others like him.