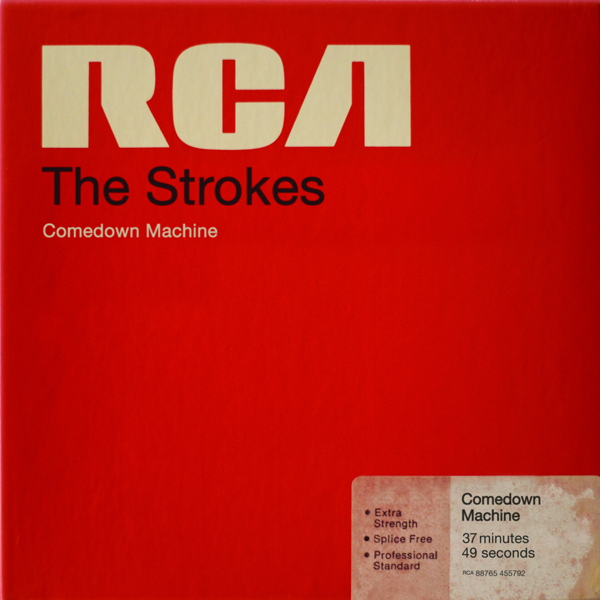 In 2001, who would’ve thought Julian Casablancas, with his sunken I’m-too-drunk-for-this-show eyes, torn up blue jeans, and cigarette-tinged vocals would become obsessed with creating futuristic music? Their first album, the groundbreaking Is This It, channeled the New York punk scene from the 70s and was recorded completely live. The energy spewed from each of the tracks, so much so that Julian’s vocals are filled with static because his microphone was clipping. But even in the midst of the gritty recordings, Julian’s penchant for melody still made its way through. The hype surrounding the five grew to the point they were gracing cover-after-cover of some of the biggest music magazines. The band made history, changed music. Blah, blah, blah. You know the story, let’s avoid the clichés.

So flash forward. Now the opposite is happening. Instead of reverting to the past for influences by musicians like Lou Reed, The Strokes are adding in more electronic sounds and seem to be pushing into the future. The last album, Angles, the first album after the bands hibernation, was the first sign of that. It seemed like the band returned to form with the first single “Under Cover of Darkness,” but the rest of the album was a largely seen as a disappointment to the fans. Fans hoping for the return of “The old Strokes” are not going to get it. Comedown Machine takes a step further from the blueprint that made the Fab Five once seem like genius architects of garage rock.

But even as an aficionado for in-your-face songs like “NY City Cops,” I don’t necessarily fault the Strokes for changing. If a band is limited to only what made them popular, they start to become a parody of themselves. Some bands are afraid to move beyond the caricatures of themselves created in the media and the niche they have found in the market. But The Strokes break through everything that has been written about them.

Comedown Machine has some strong songs. And the first single “All The time,” which is the token garage rocker like “Under Cover” was, is not as good as the other tracks. The guitars bounce around with echo effects and Fab’s drums sound more like a drum machine at parts. “Call it Fate, Call it Karma” shows a side of The Strokes I’ve never heard. The clean-toned guitar is sweetly plucked and Casablancas sings in a falsetto that is reminiscent in of Amy Winehouse’s voice. In this song his falsetto works beautifully, but on some tracks, Julian is pushing too hard. I don’t think the Strokes have to worry about sticking to a certain style because the band is talented enough to get by at whatever they do. The question mark for them is whether they still like each other enough to put the collaboration needed toward songwriting and whether they can stand to go on tour for months together.

The album is worth a listen. A few of the tracks should be added to your playlist. Does that mean I still won’t go back and listen to when Casablancas was rolling around on stage and climbing into the crowd at their famous 2 Dollar Bill show? Probably not. But they gave us two albums of bare-bones songs, and now they deserve a chance to move on.

Check out the official video for “All The Time” below: