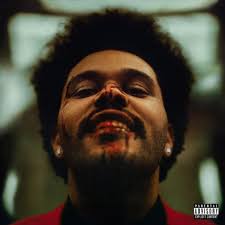 Over the past five years we have been lucky enough to witness the release of some of the best breakup albums of the century, arguably of all time. Though it may be premature to already compare it to the likes of Frank Ocean’s Blonde and Tyler the Creator’s Igor, The Weeknd’s latest studio album, After Hours, certainly will soon find itself in that conversation.

Abel Tesfaye, known more famously by his stage name, The Weeknd, has returned and fully cemented his status as one of the biggest pop giants of our generation. Not only is After Hours topping most every chart one can find, it’s also an incredibly well-crafted and unique breakup album.

His project opens with “Alone Again,” which is legitimately one of the best opening tracks I have heard in around two years in the sense that it could not more perfectly set the tone for the album (JPEGMAFIA’s “1539 N. Calvert” comes to mind). Abel’s echoey vocals, which find him musing about his fear of not being able to cope with being “Alone Again” after his relationship falls apart, slowly fuse with his fantastically produced instrumental that boasts an overpowering synth/bass combo paired with deafeningly loud and distorted horns. This impeccably introduces both the narrative and sound that After Hours embodies so well.

Following the opener are two songs that touch upon how Abel squandered the relationship (likely due to a lack of loyalty). In “Hardest to Love,” we learn that his significant other is trying to save the relationship, but Abel cannot bring himself to do so. The song slows down and transitions seamlessly into “Scared to Live,” which sees Abel regretting his actions yet still pleading his significant other (through a beautiful chorus) to move on from him, as he knows the damage he’s caused is irreparable.

This heavy-hearted ballad is followed by the best three-track run on the album, beginning with “Escape From LA.” The slow, distorted piano combined with hi-hats that are constantly flip-flopping time signatures radiate an off-kilter sort of vibe. This dragging instrumental perfectly reflects the mental toil Abel is experiencing with having extensive wealth as an outlet to deal with his floundering relationship. As the song comes to a close, the beat becomes more stripped back while Abel narrates a shallow encounter he had with another woman to escape his responsibilities. The slowly melting instrumental as he shamefully recalls the encounter is indicative of Abel hitting his post-relationship low point.

Immediately after this somber low point, Abel smacks the listener with the head-bopping, bass-bumping magnum opus of the album, “Heartless.” Propelled by a driving bass beat and Abel belting out lyrics about being numb to his emotional pain, we see Abel bouncing back from being defeated at his low point to being defiantly bold and confident. The way he copes is again through similar vices, yet here he does so with such bravado that it doesn’t seem to faze him. This song is Abel’s loud statement; he’s refusing to continue to let his broken relationship consume him and is brazenly doing so by going on an audacious bender.

“Faith” reveals that Abel’s defiant binge did not help him move on but has only made things worse. The song chillingly follows him becoming reliant on drugs, losing faith in himself to become a better person, and being detained in a police car (hence the name of the following song, “Blinded by the Lights”). It ends with progressively overlaid harmonic refrains that sound heavy with emotional strain, like a cry for help. Ensuing tracks cover Abel’s continued battle with unhealthy coping mechanisms along with him struggling to accept that his significant other has finally moved on, with Abel exhibiting stalker-ish habits. After Hours concludes in harrowing fashion, with blaring bass backing Abel’s sorrowful vocals that compare his mental affliction to lying on the ground bleeding to death.

My primary gripe with the album is its fourth track, “Snowchild.” Neither its atmospheric instrumental nor subject matter of reminiscing on Abel’s past (rather than the failed relationship) is conducive to the main focus, lyrically or sonically, of After Hours. Rather, it’s offensively disruptive to the narrative Abel has crafted and throws off the flow of the album. Whether it has replay value or not, it sticks out like a sore thumb in the tracklist.

Unlike most breakup albums that deal primarily with the sorrow felt after the artist’s heart is broken, After Hours focuses more on the other end of the stick, chronicling the mental torment and spell of despair that Abel falls into after he ruins his relationship with his significant other. Though The Weeknd has a knack for making chart-topping radio hits (see “Blinding Lights,” “In Your Eyes”), here he’s given us a beautifully unique album; you’re selling your enjoyment of Abel’s music tragically short if you only listen to a few hit singles rather than this fantastic project in its entirety.