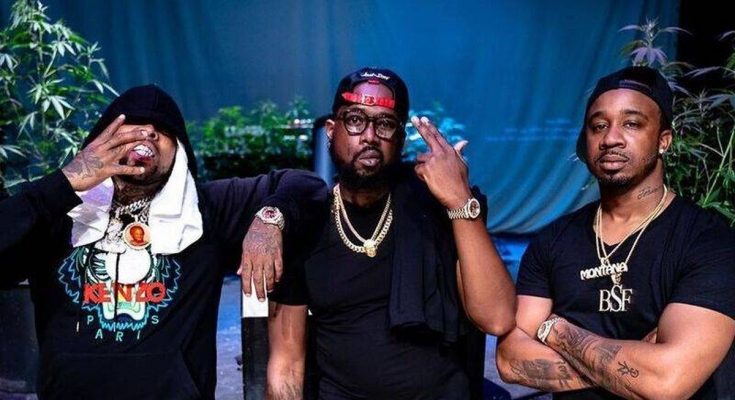 Most artists, due to coronavirus or many other reasons, have decided to skip out on releasing music in 2020. This has allowed for many lesser known artists to become more popular and even get features from artists who haven’t been putting out music this year. One of the hip hop collectives that has taken advantage of this is Griselda, which consists of the main artists Westside Gunn, Conway the Machine, Benny the Butcher, and Boldy James. Founded in 2012, they’ve been producing consistently great music and featured with almost every rap artist you could name. I hadn’t heard of the group, or the artists, until one of my favorite albums of the year, Pray for Paris by Westside Gunn. The 3 other main members of the group put out great album(s) this year that deserve a lot more recognition, especially with the artists featuring on them. Here I’ll list my favorite album from this year from each artist.

I listened to this album on a whim because of the features it had (Joey Bada$$, Tyler the Creator, Freddie Gibbs) and I was surprised how good this album was. The album cover perfectly encapsulates the sound and tone of this album: avant-garde with a bit of violence. The simple, instrumental beats allow Westside Gunn’s unique voice and flow to shine and is a great contrast to the harsh realities and violence spread throughout the album’s lyrics. Really, this album is a contrast to the hard-hitting, bass heavy rap that we often hear today, and that’s what makes this album so great.

Conway the Machine & The Alchemist – LULU

The Alchemist has proven to be one of this year’s best rap producers and Conway the Machine flies high over these beats. Much like Pray for Paris, this album’s artwork speaks for the sound of the album: a sense of impending danger, lurking in the waters, ready to attack. Conway has a more laid back style than Westside Gunn, but still lays down the truth with a firm and hard-hitting delivery. This album is very eerie and thoughtful at times which works perfectly with Conway the Machine’s style. It may be short, but the album is memorable.

Benny the Butcher – Burden of Proof

Burden of Proof is much more inviting and accessible than the previous two albums. This plays into Benny the Butcher’s style which is much more akin to the lyrical rappers we hear today like Freddie Gibbs (who is also on this album). There’s also a lot of big names on this album like Rick Ross, Lil Wayne, and Big Sean. The beats elevate Benny the Butcher’s performance from great to exceptional as the beats never get boring or repetitive. Much like the previous two albums, the beats are mostly sample based, but they include more typical drums you’d hear in hip-hop. They don’t define the album; rather, they complement Benny the Butcher’s rapping abilities.

Boldy James & The Alchemist – The Price of Tea in China

Once again, The Alchemist is producing for a Griselda rapper, this time Boldy James. Boldy James has the most laid back and lyrical rapping of the four members of Griselda and often gets lost in the instruments in the song. This isn’t a bad thing; he is able to mesh with the song and ride the flow of the song like a surfer rides a wave. The album is even more avant-garde than Pray for Paris with more abstract beats and a sense of timelessness. Boldy James, and even The Alchemist, are introspective and consistently interesting throughout the album.