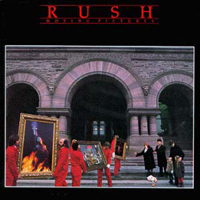 On Feb. 12, 1981, the Canadian progressive rock band Rush released Moving Pictures, their bestselling album in the U.S. This collection has the radio hits “Tom Sawyer,” “Red Barchetta,” “Limelight” and the famous instrumental “YYZ.” “YYZ” shows off how talented the band is at playing each of their instruments, and when they play this live, Neil Peart proves why he’s considered one of the greatest drummers as he utilizes his massive drum kit. Moving Pictures, the bands eighth album, has strong metaphors about the way society is shaped, and helps leave Rush’s mark as a great classic rock band. —Stanton Polanski

When most think of Queen, they associate the glam rock band with the ’70s and ’80s. The tail end of their career as a complete group actually stretched into the early ’90s. In February 1991 Queen released Innuendo, the last album Freddie Mercury would actively contribute to before his death in November of the same year. Although Queen did release Made In Heaven years later, the remaining band members worked additively with vocals and piano parts that Mercury had previously recorded. Innuendo has been said to be a return to an earlier Queen style, emphasizing Mercury’s ever-ranging voice and an all around harder rock sound. Featuring tracks such as “The Show Must Go On,” which are still sung in the tradition of one of the greatest rock bands in history, Innuendo should be included in any music enthusiast’s library. —Kelly Mincey

Spoon, that indie rock band from Austin, has put out a great collection of records that fills their catalog, and Girls Can Tell is no exception. Their third studio album, Girls Can Tell is often regarded as the one that defined Spoon’s sound, instead of sounding like the Pixies. The songwriting is more mature and so is Britt Daniel and Co. On standouts like “Everything Hits At Once,” and “Chicago At Night” show this with winding guitars, lush keyboards, and Daniel’s raw vocals that sound well, like Spoon. Since this record Spoon has consistently put out solid music, with more hits than “Girls Can Tell,” but this was truly the most important record for Spoon and their fans. —Jose Tamayo After the vast number of great albums released in January of last year, February slowed down a bit. The most notable album that was released in February 2010 was Yesayer’s Odd Blood. The band’s sophomore album that seemed to be forgotten as the year went on. It was not the best album of the year by far, but it was still enjoyable and fun. As a whole, it was lacking in certain aspects, but it should not have been thrown to the side and forgotten like many people did. Although it was not the best full album, there were still some excellent tracks, notably one of the best songs of last year, “Ambling Alp”. Garnering comparisons to MGMT, these guys proved their difference with this album, but they still have much room for improvement. This was only their second album and their career is young. Yeasayer has shown greatness on certain tracks; hopefully they can encapsulate their greatness on their next album. —Kyle Rogers