January 1981 brought the release of Elvis Costello’s fifth album, Trust; some critics consider the album a misstep and when Costello reports to being at his drunkest throughout the albums creation, the pieces fit. It is a peculiar dichotomy rock musicians often face: finding the time to make good music and finding time to get self destructively high.

However,the album is not without its merit, and although it is not among Costello’s most prolific work it remains a well crafted album. At this time Costello was no stranger to work, with this being his fifth album in as many years one forgives a minor, if existent, misstep. Tracks like “Shot With His Own Gun” perfectly exemplify the album’s varied styles with a duet between a royal piano and a tragic narrative about a “man without feeling.” Costello’s voice plays the part of the melancholy minstrel as the piano whales behind him; the track is a departure among departures as Trust is anything but predictable. This was also the first album in which Costello wrote almost the entirety of the songs on the piano and it shows. Tracks like “Pretty Words” and “Luxembourg” are so melodically layered with the former song containing an organ, jazz piano and funk bass that seem to act independently while in sync.

Perhaps Trust was a stepping-stone for Costello’s more ambitious follow up, the sonically ambitious and classic, Imperial Bedroom. As he sobered up, Costello found his voice. Soon he’d be making the albums that all of our dads like to play on long car trips. — Nick Martin & Dylan Sutcliff

This month in 1991, Cake was founded. It is hard to classify Cake as much besides all encompassing and droll, but that is what makes their music so memorable. The syncopated synths and distorted guitar really captured the alternative rock feel of the ’90s and they continued through to the 2000’s with powerful releases like Comfort Eagle or Pressure Chief. Because they have always kept to their unique sound and rarely ever had a poor release, Cake has become a timeless band that everyone can agree to be a good alternative rock band. Without a doubt, Cake should be a part of everyone’s musical library, because the music made by these Californians is still as relevant as it was back then. — Colin Lateano

Most people would probably scoff at the self-titled debut album from boy band O-Town without ever considering any importance it might hold in music history. As this article is one that is meant to cover musical history rather than talk about good music, O-Town is a perfect album from January 2001. Everyone knows that boy bands were huge in the ’90s but those were the ’90s. As soon as the new millennium hit, it was time for them to go; O-Town is a great example of how and why the boy band finally went away.

Unlike mega-acts such as N’Sync and Backstreet Boys, O-Town never put out a single that had a smidgen of worth. They were the epitome of what boy bands were all about: making money. The band was formed on a reality TV show(Making The Band), whose goal was solely to make a boy band that would sell well by having audiences bond with the group through television. 2001 was also the year that The Strokes and The White Stripes started getting extensive radio play. Compared to acts like these, boy bands looked like dinosaurs on the verge of extinction.

I have never listened to O-Town’s albums, I’ll be honest, but how could it exist in the same year that Radiohead’s Amnesiac came out? January 2001 was the end for boy band pop music. Sure, N’sync released an album in July 2001, and it was also their last; and Backstreet Boys did have a comeback album in 2005, but I doubt anyone even remembers the name of that album. Sometimes it is weird to see musical genres contained so cleanly to one decade, but if the tragedy that is the existence of O-Town proves anything, it is that boy band vocal-based pop music was only made for the ’90s. — Evan Metz 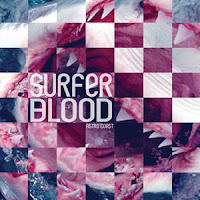 We just entered 2011, but there’s still so much to discuss from the alternative music world of 2010. In the same month which Spoon, Vampire Weekend and Beach House all released albums to critical acclaim, this album could have easily been forgotten or overlooked. The debut from these Florida rockers was much anticipated since their splash onto the scene in mid-2009 with their stellar standout track “Swim,” which certainly took up a lot of play counts on my iPod soon thereafter. The record is composed of ten solid tracks and has plenty of memorable moments (“Twin Falls,” “Floating Vibes”). The band burst onto the scene, playing numerous festivals and touring with acts like Interpol and Japandroids making for a great 2010. The record makes it feel all right to forget a lot of the other releases from 2010. — Patrick Singer