Do you like the Dirty Projectors? How about Animal Collective? Vampire Weekend? Any band that combines syncopated, “Non-Western” inspired rhythms with non-traditional instrumentation owes dues to the Talking Heads. David Byrne and Brian Eno managed to top themselves with Remain in Light, Talking Head’s 1980 classic.

Critics call Remain in Light the Head’s “magnum opus” (a pretentious way to say really good), and it’s easy to see why. Right when the funky guitars kick in on “Born Under Punches” and Byrne starts talking about his hands the album gets going. There’s songs for dancing, songs for listening quietly, and songs to analyze consumerism in the context of African inspired rhythms. Singles like “Once In A Lifetime” showed sonic experiments could be commercially successful. Byrne’s lyrics are stream of consciousness experiments rooted in African mythology. Seriously, this is a strange but phenomenal album. If you haven’t heard it before, go ask your cool uncle to loan you his copy; then, understand what a lot of today’s indie bands (Panda Bear, Deerhunter and Bradford Cox, hell, even Radiohead) are trying to recreate. — Nick Martin

October in 1990 was month of many releases, although I have to admit there were not all that many shaping albums that can be attributed to this particular month at the beginning of the 90’s. However, October 1990 did see the release of Lennon, a box set of John Lennon songs; including both Beatles songs and tracks from his solo catalog, although the latter makes up the majority of the album. This album was released a decade after the musical icon was murdered in 1980. During 1990 both Paul McCartney and Ringo Starr released their first live albums and George Harrison released his third album with the supergroup The Traveling Wilburys. Despite these releases I would still mark Lennon a more important release for 1990; it marks the concerted effort to keep John Lennon as active and present in death as his living former band-mates. Efforts such as this album, which was compiled by the foremost Beatles authority: Mark Lewisohn, truly shows how much of an impact the Beatles had and how dedicated people remained to the music of John Lennon, even after he had passed away. — Evan Metz 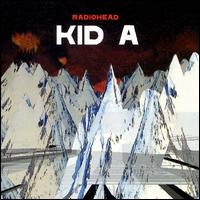 Ten years ago Radiohead released what to many feel is the most natural and beautiful understanding of humanity around. Kid A was a reinvention of Radiohead when the band hated what they became after OK Computer‘s success. Upon first listen you are hit with noise, walls of sound and a feeling of being in a foreign place; but, when you give it the full 49 minutes, you understand that music does not have to rely on chugging guitar riffs and poppy vocals. Easily said that this album was a warm welcome to the 21st century and a must listen for anyone who really wants to see the musical world in a new, profound light. — Colin Lateano

Chillwave pretty much epitomized 2009. Numerous acts were following the newest trend in indie alternative music, making relaxing and synthy tracks with echoing and distorted vocals. Neon Indian came around last year, pretty much dominating any other act that would fall into the genre, and released one of the best records in 2009. Psychic Chasms sounds like it was made in the 80s, and takes tape cassette sampling and lo-fi recording take on a whole new meaning. The record is basically the brainchild of Alan Palomo, and the album’s composition is pretty incredible. Borrowing from 80s influences, and literally samples from old cassette tapes and other hazy and warped out tones, Neon Indian gave us a record that’s ridiculously difficult to not blast through your speakers with the windows down. Believe me, I’ve tried. — Patrick Singer