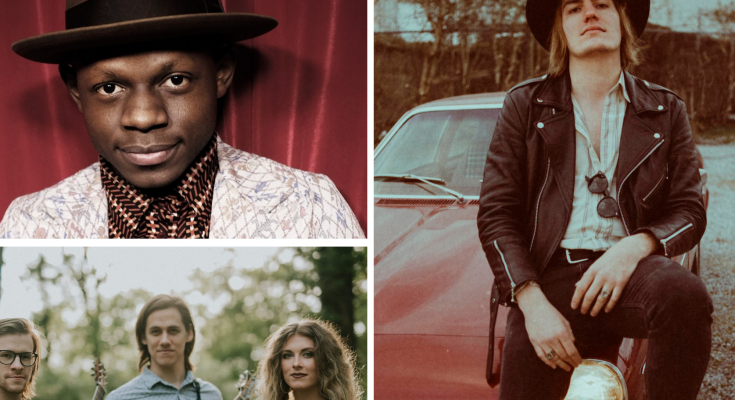 Folk music to me is symbolic of new beginnings and promises of brighter days ahead. There is
something about the fresh, simple melodies and stories of folk music that remind me of the
springtime. As a genre, folk has evolved significantly throughout the years and broken into many
subgenres. The American folk revival of the 1960s and 1970s brought about many influential
artists such as Woody Guthrie and Bob Dylan. As folk music continued to evolve and diversify,
the ideas rooted in idealism and freedom did not. Although the work of modern folk musicians
isn’t as widely recognized as modern pop or alternative, they help contribute in keeping the spirit
of folk music alive.

Emerging as one of the greatest new folk artists of our generation, Ondara has made a name
for himself all over the world. His simple, but captivating sound is reminiscent of the roots of
American folk music. Inspired by the work of Bob Dylan, Kenyan singer-songwriter J.R. Ondara
has made himself well-known in the folk music scene. He is a Grammy-nominated artist and has
opened for big names in folk music such as The Lumineers and The Head and The Heart.
Ondara’s music uses almost all acoustic instruments, further setting him apart from most
modern artists and creating an ambiance of America in the olden days. His lyrics have the
capability to make you nostalgic for a time you’ve never lived through. If there was ever a
second folk revival in the United States, J.R. Ondara would undoubtedly lead the way.

The Arcadian Wild has one of the most unique sounds I have ever heard, in folk music and
across genres. I came across their song “Letters To The Atlantic” from their first self-titled
album purely by chance several years ago and was intrigued instantly. The song tells the
complete story of a man who wants to explore the world on a ship while his wife wants him to
live a quiet life with her with his “roots planted deep”. The work of both the male and female
vocalists, along with folk and bluegrass instruments was flawless. The Arcadian Wild formed
from a group of college friends from Lipscomb University. The band has had the opportunity to
collaborate with many other artists, making their discography diverse but undoubtedly rooted in
folk influence. Their storytelling ability and skilled musicianship is reminiscent of early folk artists
and continues to grow with each new album they release.

Where The Arcadian Wild’s discography tells lighthearted and fantastical tales, LeBlanc’s haunting,
mellow sound comes from a darker place. He has a certain maturity and depth to his
discography that is somewhat uncommon in the mostly lighthearted genre of folk. A standout in
his discography is his album Cautionary Tale. As the name suggests, this album represents a
tumultuous period in LeBlanc’s life in which he dropped out of high school and was admitted to a
rehabilitation center. He states, “This record is about me being honest with myself. I had to let
the guilt of the past go and find a new truth within myself”. His naturally soft and resonant voice
combined with the introspective nature of his lyrics make for a very satisfying listening
experience. LeBlanc’s sound represents the darker yet incredibly beautiful
side of folk music.