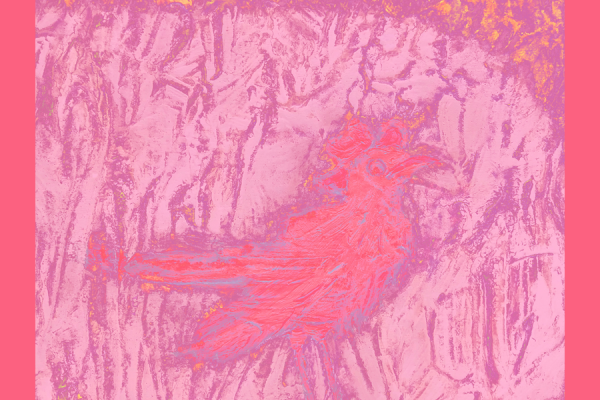 The title of Tiña’s latest album–Positive Mental Health Music–is something we all could use during the stresses of the COVID-19 pandemic.

Released on November 6th, 2020, this psychedelic pop album from the south London band carries the listener into a state of relaxation with its mellow grooves and dreamy vocals. In contrast, the lyrics in many of the tracks on the album detail lead singer Josh Loftin’s experience with anxiety and depression. In the song “Buddha,” Loftin sings, “I put my wash out at 1 pm / And everyone I know is doing better than me,” a testament to his mental health struggles.

This album seems to be a therapeutic outlet for Loftin to purge his emotions and work through his demons before finally showing signs of recovery during the last track. In the first few songs, the music is slow and gentle, conveying feelings of numbness and hopelessness associated with depression. The song “It’s No Use” features a rich, melancholic guitar behind doleful lyrics: “It’s no use anymore.” And in the track “Growing In Age,” the singer expresses his reluctance to grow up and deal with the adult world, adding new meaning to the band’s eccentric, vibrant outfits and childlike spirits.

On the final track, “People,” the lyrics’ mood shifts, and it leaves the album on a positive note. Loftin sings, “People, people, people, hey people, seem to have missed you somehow / I got caught away in a storm cloud,” conveying that he is excited to reunite with the people he missed during the lowest points in his struggle.

On the whole, Positive Mental Health Music has a wide array of psychedelic pop sounds from ‘60s keyboard synths to retro rock instrumentation and grooves, but with a modern twist. The lyrical content on the album explores mental health topics and the human condition. The entire album takes the listener on a journey through Loftin’s psychological situation, moving from cynical, anxiety-stricken lyrics to more positive and cheerful lines.

To fully appreciate the evolution of the music throughout the album, I recommend listening to the tracks in order from start to finish. And once you reach the final song, “People,” watch the music video and enjoy the bright outfits and costumes that the band members wear. Happy listening!