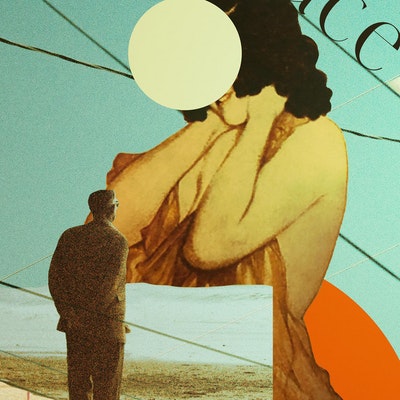 On February 12th, TK Rhodes (a new band from Bad Owl Records) released “Rat Race,” an energetic and hard hitting female-rock track that’s the brainchild of Kyle Tkatch, Josh Lippi, and Samuel Murphy. Each of these artists have been extremely successful with other projects, and combining their creative forces has resulted in a song that is surely going to be stuck in your head for days.

This track is upbeat, and powerful in a way that feels motivating. The guitar line carries the song, it charges forward and gives the song an unapologetic sound. The vocals on this track are also incredible, the combination of the singer’s tone and lyrics make the listener feel confident and empowered, which is something I think everyone deserves to feel right now.

As a woman, I particularly enjoy this track. I can see this being added to my (or any of my friends’) workout playlist, motivational playlist, or even shower playlist. The versatility of this song is probably my favorite thing about it, I feel like I could listen to it in any situation and still experience the same feelings of confidence.

Another aspect of this project that I really like is the album artwork, I believe it encompasses the energy of the track perfectly. The art was actually created by a team of folks over at Bad Owl, credited to Kitty Cullen, Kaitlin Stewart, and photographer Jeff Payne.

This song is the result of many creatives working together to create something great, and I think that their hard work paid off phenomenally. Not only is this track actually going to appear in the hit show Shameless (a show known to have a fun, high-energy soundtrack), but I can see this song being pretty successful in terms of attracting an audience of constant listeners. This is such a strong debut from TK Rhodes, I’m excited to see what else these artists have in store. But, in the meantime, I’ll be listening to “Rat Race” while I walk to class.