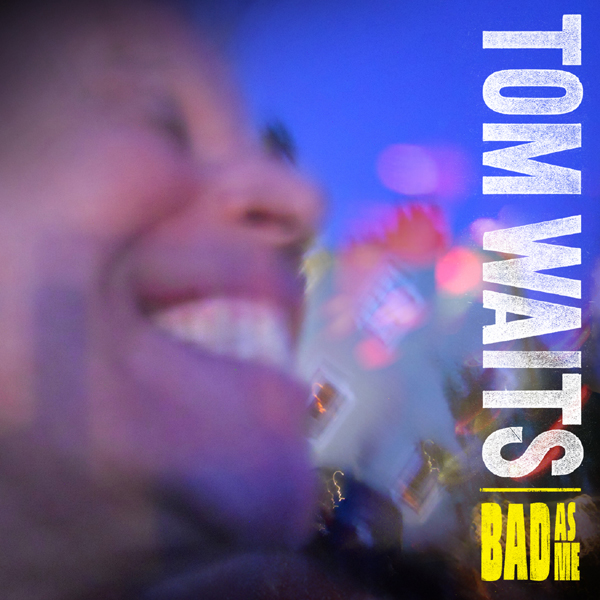 At twenty-five-ish albums, it’s hard to be surprised by Tom Waits.  But that’s a lie.  His newest album is a hell of a response being inducted into the Rock and Roll Hall of Fame earlier this year.

Just for context, I own, and regularly listen to every album Waits has put out.  If I were any bigger of a fan, I would be in the Eagles.

Bad As Me (out last week) is Tom’s first all-new studio album in seven years, and in contrast to 2004’s Real Gone, and even the three-disc mammoth that was 2006’s Orphans, this album is all-around more tightly put together.  That’s hardly to say the others are shoddy, or unpolished, or even rambling, but Bad As Me just comes across as a different kind of beast – one that was decidedly pointed and studio-polished, even in its most gritty moments (see: title track).

The album oscillates between bee-stung and busted ballads, and balls-to-the-wall war-cries that, for maybe the first time, dislodge Waits from even his own timeline, the former sounding like they could have come from his debut, while the latter from something late-80’s.  However, in doing so, the album loses one quality that had become, to me, such an integral part of a Tom Waits album: the flow of first-to-second-to-third-to-end of a meandering kind of story.  Bad As Me seems more like a collection of short stories than a novel.

That being said, it is amazing to see styles changing, and risks taken some 30+ years into a career.  The album’s highest points, in my mind, are its chugging opening, Chicago, the pre-released Back in the Crowd, and his anti-war opus: Hell Broke Luce.

I have to deduct slightly for lack of a better flow between songs, so the album gets a W-P-G-½.  For a similar, or dissimilar sound, pick any one of his other albums since the 1970s.

I’m a computer scientist, but…don’t tell anybody. Facts, in order of importance: I’ve worked at WPGU since 2008, I own forty-three different ties, and I’ve never eaten pumpkin pie. I spend the majority of my evenings wearing suits and oscillating between gin martinis and black coffee.

View all posts by Bill Hinderman →