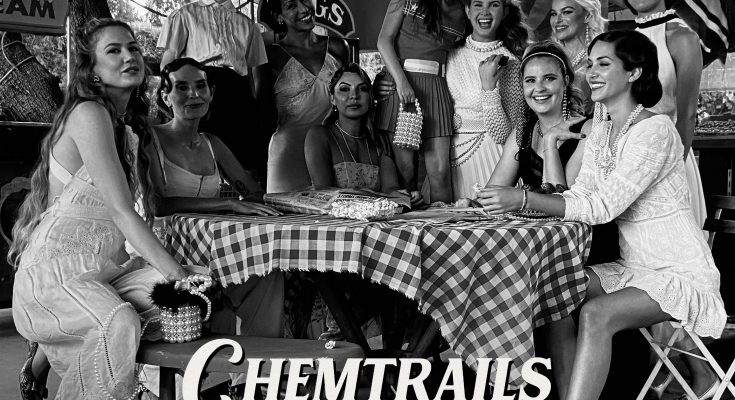 Lana Del Rey is back. Releasing her follow up to her critical breakthrough, Norman F***ing Rockwell, Chemtrails Over The Country Club sees Lana leaning further into the folk, piano based sound she established in her previous album with super-producer Jack Antonoff. If you were a fan of Norman F***ing Rockwell, you might be asking yourself, “Is this album worth taking a listen to?” To answer that question, I will be “tracking the tracks,” putting them in order from worst to best, giving a taste into Chemtrails Over The Country Club.

The worst track in my opinion, “Yosemite” is by no means a bad song. Featuring a simple acoustic arrangement, this track highlights Lana’s voice and songwriting well. My chief complaint with “Yosemite” is its lack of differentiation: it sounds the exact same for the entire duration of the five minute run time. Knowing what Lana is capable of, “Yosemite” has the listener begging for more.

Being released as the first single for the album last year, “Let Me Love You Like A Woman” was not outstanding upon initial listen. Considering this was the first track she released following the exquisite Norman F***ing Rockwell, the track just lacked the punch her previous album had. However, hearing the track among the album, it has enhanced the listening experience. By no means though is it the best track here.

The last track on the album and a cover of a Joni Mitchell song, “For Free” is a good thesis for the album. It is slow and melodic, featuring beautiful harmonies from guests Zella Day and Weyes Blood. What is extremely captivating about this track is the vocal performances from everyone, but these are not enough to bolster the track above others.

8. “Chemtrails Over The Country Club”

As the title track, expectations for this song are high. It is to serve as a centerpiece for the album, expertly combining all of the themes into one. Fortunately, this song has the qualities of being the perfect title track. Featuring a lush vocal performance with sharp and imaginative lyrics, “Chemtrails Over The Country Club” serves as the perfect taste into the album as a whole. It just seems to lack the special qualities the rest of the tracks flourish in, putting it near the bottom in my ranking.

Featuring a sample from “How to Disappear,” a track from her previous album, “Wild at Heart” is the perfect bridge between the two albums. Opening up with a sparse acoustic guitar line, intended to highlight her voice, the production seems to drop out from under her, then opening up into a vibrant chorus. “Wild at Heart” is a great showcase of her transition from Norman F***ing Rockwell into the Chemtrails Over The Country Club era.

The biggest fan favorite from the album, “White Dress” is a gorgeous opening song, stretching her songwriting and storytelling abilities further than ever before. What makes this song most compelling, however, is how Lana is able to manipulate her voice throughout to display raw emotion. Using a head voice like never before, “White Dress” is a crushing song which serves as the emotional centerpiece for the album.

With a slight jazz influence, “Dance Till We Die” is a new sound from Lana. It evokes the feelings of 1950’s Americana while still maintaining a modern sound. While the song is beautiful, what makes it truly special is the bridge. Changing from slower production, a wonky brass section and percussive sound kick in, putting Lana in the middle of one of the best folk rock songs to grace my ears.

4. “Not All Those Who Wander Are Lost”

Perhaps the prettiest song on an album of pretty songs, this track is a great reminder of just how great Lana is at crafting love songs. The guitar sounds like it is being played ever so softly, her vocals sway above the sounds, and her lyrics are heartwarming. Overall, this track is ethereal, making the listener want to simply close their eyes and sway along.

Chemtrails Over The Country Club has a distinctive folk and Americana sound throughout, but no other tracks push this sound into the realm of country like “Breaking Up Slowly,” which features singer Nikki Lane. Rather repetitive lyrics and a simple guitar melody are what make this track so special. It takes its time to build, wanting the listener to focus on what is being sung: “It’s hard to be lonely, but it’s the right thing to do.” This simple phrase, combined with fantastic harmonies from both singers, makes the track a standout from an album filled with standouts.

In my opinion, the best track on the outstanding album, “Tulsa Jesus Freak” combines all the best parts of Lana’s sound: patient production, strong and vivid lyricism, and a unique vocal performance. “Tulsa Jesus Freak” is a strong reminder that Lana is here to stay and is a true highlight from the album.

Overall, this follow up is extremely strong for the queen of alternative music. Initially skeptical if this album could live up to my expectation, Chemtrails Over The Country Club is definitely worth taking a listen to. It successfully combines all of the sounds of Lana into one, making for not only an enjoyable listen, but a musical experience.