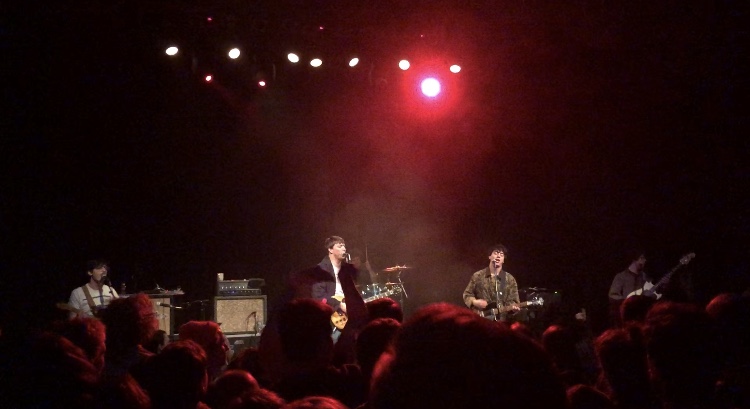 Last week I saw Twin Peaks perform in Bloomington, which was so fantastic that it inspired me to make a playlist. The level of talent and energy onstage was unreal, and the audience loved every second of it. Their set consisted of music spanning a large amount of their discography, not pulling too heavily from any given album. They were great. And one of the coolest parts is that they are from Chicago. Thinking of this during the show made my heart swell with pride—how cool is it that such an awesome rock band grew up just miles away from me?! It made me realize how many other seriously awesome bands hail from the Windy City, so I decided to make a playlist showcasing the local talent from Chicago’s indie scene.

Rather than including a few isolated songs from each artist, I wanted to give a holistic listening experience by including a good-sized sample of music from each band. Featured bands include: Twin Peaks, Whitney, The Walters, Smith Westerns, Post Animal, NE-HI, and L. Martin. Some of these bands have broken up (Smith Westerns and The Walters, I will love you forever), but these breakups have launched new projects with new, fantastic music (2⁄3 of Smith Westerns is now Whitney, and The Walters’ frontman is now working on solo work under the name L. Martin). Both the new and the old are celebrated on this playlist, giving just a small taste of what’s been happening for the past ten years or so in Chicago’s music scene. Enjoy what I think is some of the best music the Windy City has to offer!