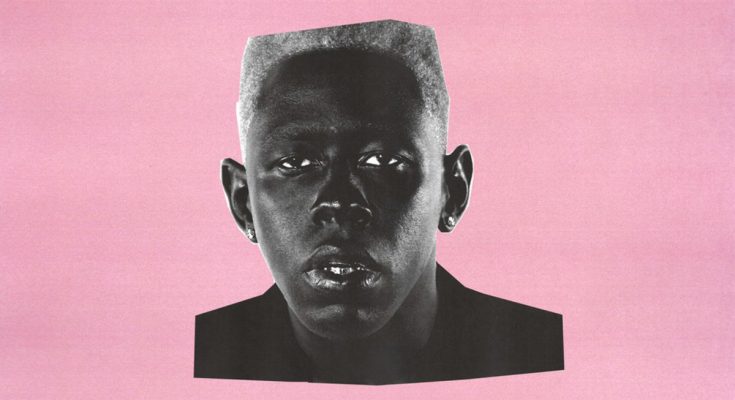 If you haven’t seen the metamorphosis of darkness Tyler ensued when producing “IGOR,” there’s no use in understanding my interpretation of the album. If you could imagine Tyler’s production of “IGOR,” there’s a sort of unique style he’s put on each of the songs. “IGOR” is composed of a variety of 12 songs with traces of catchphrases, each reminiscing of the entire soliloquy of “IGOR.” Fortunately, the songs remain relatable because of Tyler’s voice heavily participating in the production of “IGOR” as a character within the binds of his timbre.

It starts with “IGOR’S THEME,” featuring Lil Uzi Vert. The song introduces the album with a 30-second distortion on the guitar followed by Tyler singing “ridin’ ‘round town, they gon’ feel this way.” I imagine him slingshotting and biking through a town he knows well. If “IGOR” had an entrance, this entire song is dedicated to him not only as a character but also a representation. This demonstration of composition really reflects Tyler’s present of a new style. The next song is far more whimsical and dreamy as it is romantic whether it’s to a best friend or love or even just a mother, the main theme of the second song “EARFQUAKE” (ft. Charlie Wilson, Playboi Carti & Jessy Wilson) is love. It’s essentially saying to someone you admire that experiencing them makes their ‘earthfquake’; honestly endearing. If you could get your crush to tell you that you make their earth quake, trust me, you’ve got them wrapped around your finger.

Here is where Tyler begins showing off his artistic expression in “I THINK” (ft. Solange). He starts showing off his regular sass through the radical bass section along with riffs from the previous song. The next song titled “EXACTLY WHAT YOU RUN FROM YOU END UP CHASING” (ft. Jerrod Carmicheal) is such a solid representation of Tyler’s brand generally being eccentric in its branding through the phrasing of the title being so appealing to curiosity.

The only listed lyrics online were the featured Spoken Word.

Halfway through the theatrical album “IGOR,” the bass turns darker. He starts mentioning how well a young girl is in development of her craft, and the best part was, Tyler still was carrying the romantic but slightly desperate drag of high appraisal within the course of the album. The latter verse really emphasizes the dark magic and focus on black magic. When Tyler wrote “A BOY IS A GUN” with the help of Solange, he begins falling back into the methods of his previous albums with the comfort with his homies that face the brand Golf Wang. There’s always delicate planning and direction of speaking to a girl who might draw Tyler to turn to darker forms of deliberation. Followed by the song “NEW MAGIC WAND” and the introduction of admiration towards a certain which might lead the listener to understand the album being a composition towards his title as a victim to the powers of a harnessed craft his crush might’ve had.

“PUPPET” is the next song, and it features a certain empathy towards the young witch. Whether or not there’s any calling for understanding from her side or if she ever actually finds her way out of the bounds of a puppet is never found, but here we can see Tyler and Kanye West emerging their voices to perform the third verse which returns to the original riff against an overlay of bells along a choir singing minor hums. The transition of the next song follows as such, “At some point, you come to your senses.” My favorite song on the album is “WHAT’S GOOD” (ft. slowthai). It’s an entirely swift with heavy measures of bass. To me, it resembles the original Goblin and Yonkers style of music (popular songs written by Tyler the Creator). He uses these songs as opportunities to spit rap with rare repetitions of measures displaying disgust as though directed towards a degenerate.

The album takes an entirely satirical, cynical, and sarcastic response at the “GONE, GONE // THANK YOU.” It sounds as though Tyler is speaking to a child or someone much younger than him the whole time through his tone reminding me of a sour combination of the magician’s wand and the darkness. Another personal favorite, “I DON’T LOVE YOU ANYMORE” featuring Solange and Jessy Wilson, has a very catchy hook that just repeats the title and structures of beat similar to an electronic form of jazz with frequent record mixing. This devastating breakthrough occurs at the end of the soap opera that is “IGOR”, clearly offering a leisurely remark that “IGOR” is not a romantic album. Pharrell Williams joins Tyler on a harmonious explosion of soft blues with intricacies in a very dreamy and entirely subliminal ending with tones of gospel choir style. The final song is “ARE WE STILL FRIENDS?” The album wraps up with a somewhat grand and enduringly cynical approach to instrumentals but an entire push forward with the resulting plotline resulting in Tyler’s admiration and a hopeful love story to be brought to friendship, sweetly enough.

This is where he takes the time to actually put serious production work into the grandiose celebration of a somewhat awkward situation. Furthermore, Tyler really sells himself while blending the lines between the instruments and voices, as though multiple casual recording sessions were manipulated to create this album. I mean if you count Tyler’s imaginary friend IGOR, I guess we can agree he’s got his answer. Sure, Tyler, we can be friends.