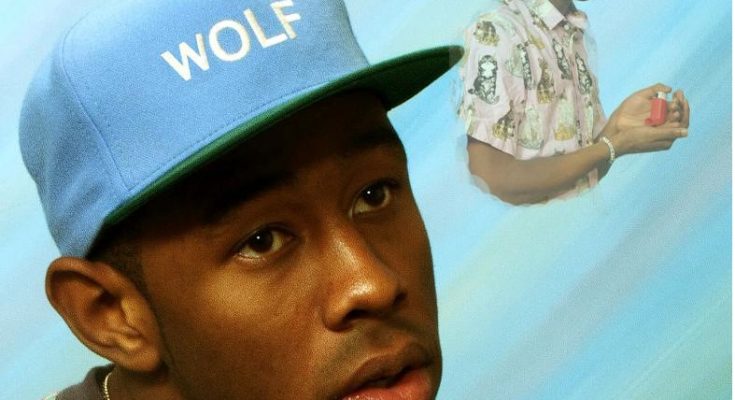 When I go through religious upheavals, Tyler the Creator is the darkest, black-out. If you know Odd Future, there’s a fun bounce to each of their songs with the overall California vibe. I’ve always loved the deep voices Tyler brought; it seemed so dark. This album is no different. Some depictions of this darkness are in “Cowboy”, repetition really gets you to that place as he gets you singing along: “I am the cowboy of my own trip…”

This week, instead of guiding you through the album chronologically, I’d rather guide you through the vision Tyler felt when creating the album. First of all, Tyler doesn’t mean much when he spews absolute hatred he does through most of his songs, he’s actually a remarkably kind soul. It’s a reflection of the darkness and the likelihood of betrayal between him and his friends, problems that might lead to his soul festering in the darkest ruminations. This album is as though Tyler took his demons to the recording studio, fell asleep, and woke up to this album being created with no one in sight.

Ironically enough, Tyler always makes songs making fun of his own brands. The entire chorus of “Domo23” is “fuck that, golf wang”. This is where I start idealizing Tyler the Creator because he does not follow the protocol of typical rappers because he so intimately faces his brand every single day through every track. The colors, obnoxious tunes, and obvious self-deprecation are apparent throughout his career. He doesn’t ever play the cocky famous person, he instead gives the impression of equality by labeling himself as awkward.

Golf Wang and the associated brands are my absolute favorite because they are so pretentious in their presentation, but the relationships derived from these brands are absolutely priceless. When he mentions his friends, there’s a ringing in his voice that is so natural, as though their names are constantly rolling out of his mouth, followed by a swear or two. He generally has a comfortability in the things he says, as he refers to all kinds of things, his girlfriend, his old albums, his friends, his drugs without a second thought.

Tyler starts telling a story about his parents and all the creative ways he considers
them to be worthless. He knew exactly how to take away the insults by putting overarching desires for relationships with them, putting his sensitivity over his lyrics yet again. He never leaves his story; he never denies his soul feelings. He even mentions why he opened up his brand without ever putting a personal or sensitive touch to the album itself.

Lastly, my favorite song on the album is “Rusty”. It starts with a phone conversation asking Tyler to always keep growing and changing. This is finally where Tyler gets a little overconfident, well-deserved, of course. He labels the resources of Odd Future to be absolutely important and drops some really quality lyrics in this song. Tyler’s absolute grumble never leaves, and this song is just another symbolism of it. Go ahead and listen to “Wolf” if you want to be introduced to something darker than black itself.