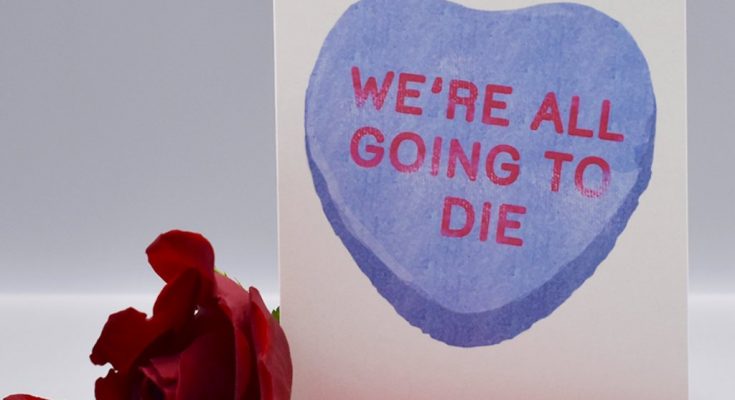 Sometimes construction paper hearts just don’t cut it. Few romantic relationships ­­ if any ­­ can match the idyllism presented by rom­coms or supermarket greeting cards. Commercialized forms of romance simply lack the complexity of true relationships. Consequently, many people choose to overlook Valentine’s Day all together, and for good reason. February’s rapid influx of so-­called romantic merchandise shows the sheer level of capitalism the holiday has come to suffer.

However, not all portrayals of love come gift­-wrapped or with plastic parts. Throughout The Cure’s 40-year discography, the English band has developed an impressive retinue of love songs ­­ perhaps surprisingly so for some listeners. It is easy to write the group off as a goth rock fossil from the 1980’s New Wave. Easy, but blatantly unjust. Fans of the group can attest to the darkly romantic tone The Cure has maintained throughout their decades­-long career. The band’s lyrics (entirely penned by singer-­songwriter Robert Smith ­­ a notable feat) reflect a complexity of thought and attention to emotion one rarely encounters outside of traditional poetry. And their love songs are among the most accomplished. Ranging from impractical sentimentalism to borderline melancholy, The Cure’s extensive discography captures all the complexities of love and human relationships.

The playlist below aims to introduce the unprimed listener to some of the band’s more successful (and romantic) tracks. For all those goth sweethearts, this is for you: