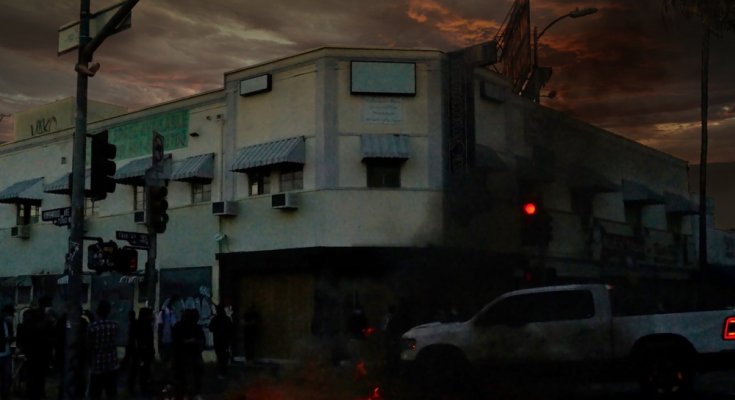 Summer 2020 has been a busy time for hip-hop fans. Between new albums from Future, Run the Jewels, Freddie Gibbs, Kota the Friend, Pop Smoke, Deante’ Hitchcock, IDK, Polo G and more, listeners have had a lot of quality content to digest. While being a good problem to have, having a full plate of fresh music can result in a new project here or there getting overlooked — this can be said to be the story for both Wale’s new EP and his career as a whole. Born Olubowale Victor Akintimehin, the Washington, D.C. artist is arguably one of the most underappreciated rappers to ever pick up a microphone.

The longevity of Wale’s career is a testament to his versatility, as he stepped onto the scene in the mid 2000s and is still making quality music today at age thirty-five. One must be able to adapt with the times to thrive in the rap game for so long, and Wale has done just that by evolving his style and flow over his tenured career. Despite his numerous quality projects, top-notch versatility and unrelenting consistency over the past two decades, Wale has never received the widespread acclaim he most certainly deserves. Whether or not the hip-hop veteran will ever be renowned as the brilliantly talented artist that he is, his latest EP, The Imperfect Storm, will certainly go down as a top rap project of the year.

As noted by the cover — which depicts a run-down corner store under an ominous sky with a car set ablaze in the foreground — Wale’s new EP is largely inspired by the social unrest that has ravaged the nation since the murder of George Floyd. Unlike the latest Run the Jewels album, which seemed to be a somewhat prophetic portent about cyclical racial injustice in America, The Perfect Storm is very much a response to what has already taken place. Beginning with the opening track, “MOVIN’ DIFFERENT,” Wale dives right into the thick of how deeply perturbed the events of the past month have left him. The track sees Wale struggle with a sense of hopelessness as he watches the chaos unfold before him, feeling that he needs to make a change and “move different” but not knowing how or where to turn. In his second verse Wale flips his feeling of dejection into a rallying cry that calls the world to change quickly before more hate is festered and more lives are lost.

The melodic “EMPTY WISHING WELL” follows, where a melancholy hook from Eric Bellinger bolsters Wale’s verses about his relationship concerns in addition to his persistent worries about America’s fiery race relations. A powerful outro verse sees his romantic and social justice concerns bleed together with lines like, “Who goin’ outside and who comin’ back? // Sh—t we both don’t know ’cause we both black // Sh—t… we matter, we matter…” The somber-toned ballad leaves the listener feeling low but quickly sees its dreary tone flipped by the following track, “BLUE YELLOW GREEN PINK WHITE.”

Over a beat that sports a punchy bassline and samples the groovy cowbell from the iconic “Cha Cha Slide,” Wale delivers his most confident and slick verses on the EP with great bravado. Though Wale spits these bars with swagger, seemingly delivering a breath of fresh air after two gloomy tracks, this is no uplifting outlook of the future — this is a temporary escape from Wale’s demons. The song’s title refers to the different colors the drug Xanax appears in, and lines like, “The people so stressed, I’m geekin’ off two // My skin is all black, I think I need a blue,” indicate that Wale has resorted to drugs to numb the pain he feels from watching our country bleed. In true Vince Staples-eqsue fashion, Wale has cooked up a cheery banger that covertly delivers a tragically depressing message, making this song the most compelling listen on the EP.

“JUNE 5TH / QueenZnGodz” sees Wale make his greatest effort to drive home to the listener the immediacy of many African Americans’ current situation by sharing his own. The bars he spits — over a laid-back yet catchy beat — touch on the value that black people bring to American society and culture, how his daughter is being raised seeing black people murdered on the news when she’s looking for a kid’s movie, lies from the president and political pressure on black celebrities to keep their mouth shut and do their job. After a smooth beat switch and heartfelt verses about Wale’s significant other, the listener is met with a a cursory, introspective track where Wale thanks God for still being alive and pleads for society to do justice by innocent black people who are killed, highlighting the case of the late Oluwatoyin Salau.

The EP’s closing track, “MAAJO,” initiates an incredibly abrupt change of pace by boasting a samba-style beat that bursts with energy and exudes vitality. Following suit in not shying from the ugliness of the current state of race America’s race relations, Wale closes his project with a dance-inducing jam that fearlessly castigates racial injustice and delivers the message of taking pride in who you are and to shining your light in the darkest of situations.

Once again, Wale has proven why he still remains a relevant and well-respected name in hip-hop. The D.C. based MC has delivered a perfectly short project that cuts no corners addressing the social unrest our country is embroiled in and does so through cunning flows, clever bars, catchy beats and emotional rawness. Rivaling the likes of RTJ4 in how superbly it details the plight of the African American community, The Imperfect Storm is eighteen minutes of all hits and no misses. Odds are you have eighteen minutes to spare in your day, and there’s no better way to spend them than listening to this bold and essential EP.