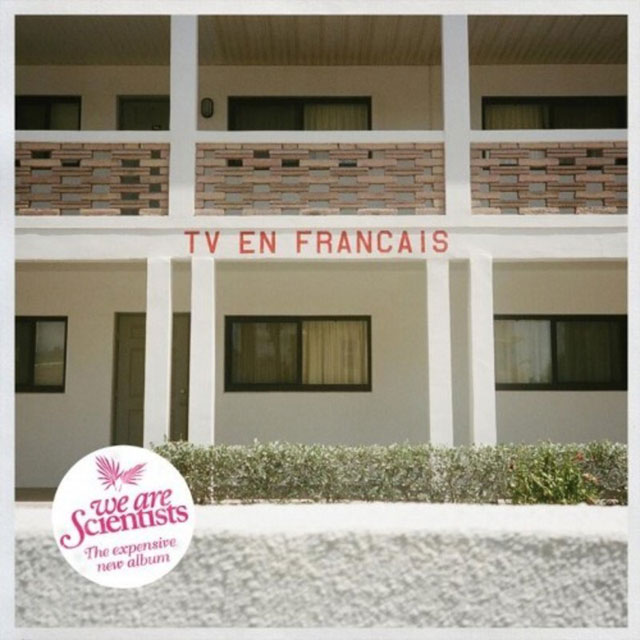 While claiming to be in their element more than ever, We Are Scientists has released their fifth album, TV en Français. Recent comments made by the band have revealed that this album contains a level of raw personality that has been absent in all of their prior albums, a change which has been largely attributed to their new producer, Chris Coady. However, even with the addition of a new producer, their new sound and style is not quite up to par with previous songs like “After Hours” and “This Scene Is Dead,” leaving fans wanting more.

While TV en Français has a few standout tracks and a knack for transporting listeners through different decades, many of the songs seem simply contrived – some going as far as mimicking and copying what has been done before. It’s hard to listen to “Dumb Luck” without hearing Wolfmother’s “Joker and the Thief.” Meanwhile, one of the better tracks, “Sprinkles,” seems to vaguely borrow one of the key features of The Shins’ “New Slang”: the famous falsetto ooing. While We Are Scientists were able to put their own spin on these old tricks, it gives the album a sometimes-boring, sometimes-cover-band quality.

There are some stand out tracks that beg people to keep listening, however. These driving songs carry the album from start to finish – quite literally. The first track, “What You Do Best” unlocks some of the album’s best and most taunting lyrics. Lead singer Keith Murray almost sounds like a drunken rambler, teasing and calling out evil words, like the song’s staple “When I said that you were something else, I didn’t mean it as a compliment.” The album’s closer is satisfactory and repetitive, in swing with the rest of the album. While it might not be anything spectacular, it fits in quite nicely with the rest of the tracks, failing to wow, but also failing to disappoint.

The best feature about the album is the decades that it manages to span. “Overreacting” covers the 70s and 80s, flip flopping decades by whether it’s the verse or chorus. The opening few measures sound like something from The Breakfast Club, but in a revamped and surprisingly original way. As soon as they slide into the short chorus, the disco ball drops and the 70s prevail. Stretching back even farther is “Sprinkles,” reflecting the 60s with groovy and tumultuous guitar riffs and pressing delivery of the percussion and lyrics. They also bring us back to the era of our childhood with “Courage,” a heavy, yet slow, power ballad reminiscent of any 90s movie that had the classic live band playing at a school dance. The resolution of these sappy movies revolved around the presence of these songs in the background. And in that case, this track is one of the most quintessential examples of what those songs sounded like.

While TV en Français won’t likely be in the running for album of the year, there are some tracks that will transcend as singles and would be a great addition to any mix tape. Their gaffe was made in the opportunity to express themselves with more range than before, resulting in them trying to take on too many different elements and in turn, muddling down their potential goals. The album lacks overall focus and consistency, showing that much of TV en Français just ended up getting lost in translation. 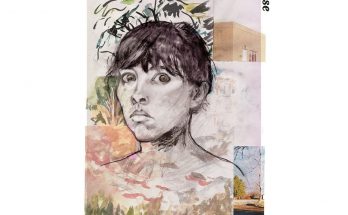