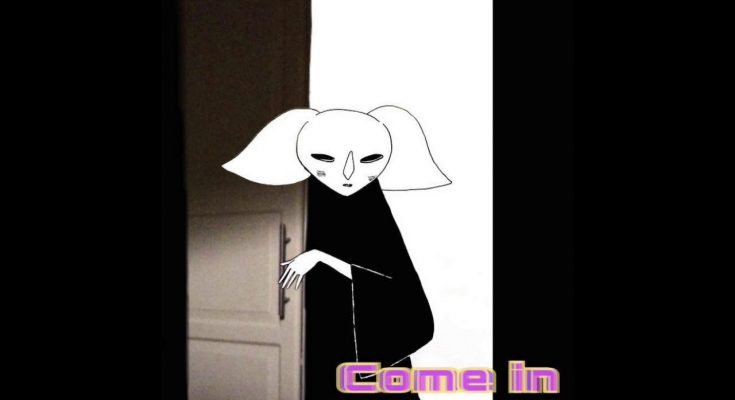 With the rise of the internet, the permutation of ideas, concepts, and visions occur at a nearly inconceivable rate with an unprecedented range. Additionally, with services such as Bandcamp, Soundcloud, and Last.fm, getting your music out on the web has never been easier. Plenty of lo-fi projects that never would have the chance to exist in the recent past have become international phenomena. This has been seen with projects such as Car Seat Headrest, Lingua Ignota, and (Sandy) Alex G. Currently, we reside in a golden age of independent music. This quality cannot be more evident in the case of Weatherday’s Come In.

Released in April of this year, Come In is the debut album of Swedish noise/emo outfit, Weatherday. Weatherday is a one-person passion project engineered by Sputnik. Coming in at 51 minutes and broken down into 11 tracks, Come In is a cacophonous blanket. Thanks in part to the lo-fi nature of the recording, this album has a distinct rawness to it that cannot be matched in a traditional studio setting. Taking cues from the vocal stylings of Midwest emo, the distorted yet ethereal nature of shoegaze, and the drive of punk, Come In creates a tried and true blend of styles that seem to fit any mood.  The compressed and whiny vocals that resonate throughout this album carry a distinct feeling of desperation, yet offsets it with empowerment. While one might think that these tenants may create tonal whiplash within the tracks themselves, Sputnik manages to keep the sound cohesive and the emotions slightly ambiguous due to in part, all the layers of noise and distortion. Despite the recurring motifs of isolation, depression, fragility, pensiveness, and claustrophobia, Come In doesn’t sulk. Instead, each track has its own insight and story to scream on these recurring themes.

The standout track of this album is undoubtedly the 13-minute-long epic, “My Sputnik Sweetheart.” Despite the length of the track, there is not a moment wasted. Seamlessly pirouetting between soundscapes and moods, this song demands your complete attention and holds it with a vise grip. The jangly and understated guitar on this track adds to the trance-like ambiance on the first half. The percussion alone on the second half compels you to dance carelessly and throw caution to the wind. The following track “Cut Lips” is a somber, dredging song, that is until the 1:14 mark. After which it undergoes a drastic change, turning into a completely electrifying song. This is a track that perfectly encapsulates the feelings of frustration until it seems liberating. The lyrics painfully describe a jaded relationship that Sputnik keeps coming back to, despite their better judgment. These repeated and illogical actions make Sputnik yell, asking if they’re going insane, all the while the abrasive and jagged guitar lines beautifully add to the chaos of this piece.

Additionally, “Painted Girl’s Theme” is a testament to the importance of hard-hitting percussion. Interlaced between the immersive cymbals is an infectiously fun and catchy guitar riff. The track eventually slows into dreamlike drone before exploding back into the waking world with possibly one of the most tightly executed and dynamic melodies on this album. The mounting tension is released all at once in a glorious bout of angst. Pure joy can only begin to describe it.  Finally, “Porcelain Hands” closes shop on this album. As the track rounds the 2:50 mark, dulcet and invigorating backing vocals dog pile on the lead guitar riff to create a truly combative feel. While dealing with themes of being walled off from the ones you love and the destructive feelings of imposter syndrome, Sputnik lets the audience know that they’ve never given up and that they’re still waiting for the one they call “Porcelain Hands” to come in. The nature of the lyrics and instrumentals allows this album to end on a somber, yet hopeful note. Come In achieves what every debut album strives for: a genuinely promising first impression. While at times some songs drag, it only adds to the triumph and atmosphere of the album. The incredibly tight and noisy instrumentation gives the album a breath of life that allows it to exist as an emotional chameleon. You, as the listener, have the unique opportunity to project your own emotions onto this album and have it seamlessly change hues along with you. While the tone of this album may be undulating, its quality is not. Come In is a project of pure and thorough quality. This album is a must for any person looking to support a fantastic new artist ascend into the realm of independent powerhouses.