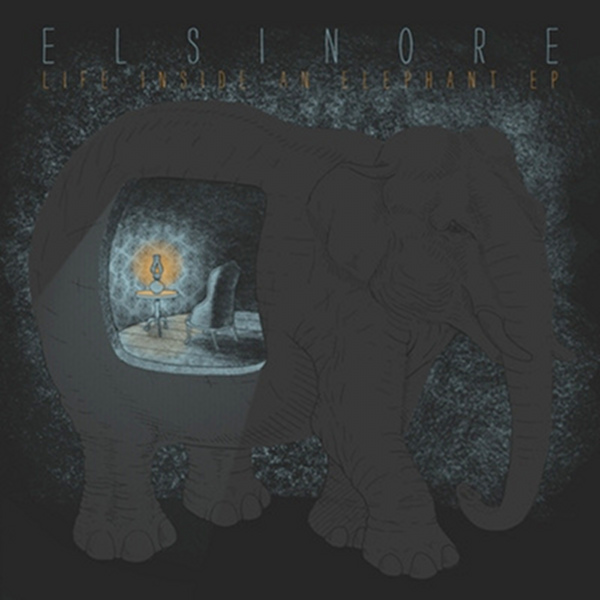 Either local band Elsinore timed the release of this EP amazingly or the world has been smiling upon them as of late. The release of Life Inside an Elephant is undoubtedly gaining more buzz because Elsinore’s 2010 hit “Yes Yes Yes” is being featured left and right. Thus far it has been used in the national Kohl’s advertising campaign and in an episode of the popular Fox network program So You Think You Can Dance? in May.

The title track, “Life Inside an Elephant,” warrants the buzz without a doubt. This track truly lives up to its elephant-sized title. The track initially has a serene mood, but it is quickly revved up with guitar riffs and has a constantly building keyboard line. Vocalist Ryan Groff uses his powerful vocals to extreme levels; it sounds as though he freely experiments with his range with total ease and enjoyment. In addition to Groff’s commanding vocals, “Life Inside an Elephant” appropriately hits Elsinore’s other strengths with guitar that sounds destined for a massive stage and a melody that leaves the listener constantly wondering what will happen next. The following three tracks are less impressive, but still show a lot of promise for the upcoming full length Elsinore album. “The Thermostat”, The Telephone” and “Ultraviolence” are the middle two tracks and are referred to as “chamber mixes.” They are very tranquil and feature strings more prominently; one of these tracks even features harpist Stephanie Gustafson. Both of these tracks are hauntingly beautiful, especially “Ultraviolence” which has phenomenal vocal harmonies provided by front man Groff and guest Vivian McConnell (Santah, Grandkids). Yet each of these songs feels as though they are missing something which will be provided in the full length album.

The EP ends with a remixed version of “Life Inside an Elephant.” This track seems to be linked more heavily to the chamber mixes than its original version. The instrumentation and vocals meld together at the end in an unexpected manner. This track is a nice touch and shows another side of Elsinore, but it does not feel entirely necessary.

If you are a diehard Elsinore fan, want to support the local music scene or if this article just sparked your interest, make sure you check out WPGU Presents: Elsinore the EP Release Show. At the High Dive in Champaign on Saturday August 20, doors will open at eight and The Palace Flophouse and Ezra Furman will be opening for Elsinore, who will perform at eleven. Tickets can be bought online at either the High Dive website or Elsinore’s website.

Key Tracks: “Life Inside an Elephant,” and “Ultraviolence”.