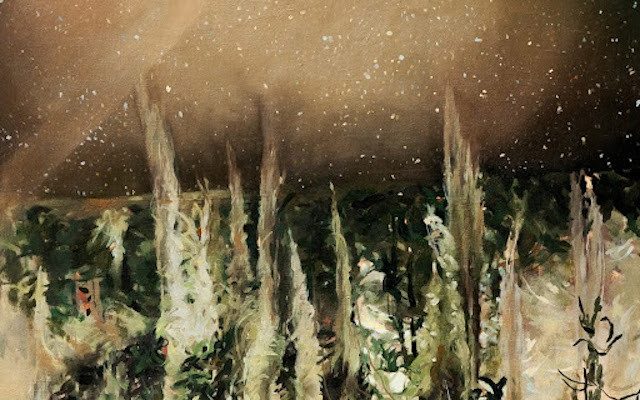 When Whitney released their debut album, “Light Upon the Lake,” in 2016, word of the up-and-coming band spread like wildfire. Garnering millions upon millions of plays on music streaming platforms, listeners have been craving more music from Whitney for years. With the exception of the release of their “Light Upon the Lake” demos in 2017, we’ve heard relatively little from the band up until the release of “Giving Up” on June 6.

“Giving Up” is the jazzy lead single off of Whitney’s second album, “Forever Turned Around,” which is set to be released on August 30. Combining lead singer Julien Elrich’s sunny falsetto with deeper, sadder lyrics, we get a track that is beautifully on-brand for the Chicago band. Whitney is one of the only bands that can make a sad song feel like a lighthearted, windows-down summer anthem. Featuring typical Whitney trademarks such as trumpet solos and falsettos, we can get the sense that the duo is not straying too far from the style of their debut album, which is not a bad thing by any means. If you have a good thing going then you should absolutely keep doing it.

Whitney has actually been performing “Giving Up” at their live shows since last summer, in addition to some new songs off of their upcoming album. I have a very vivid memory of the band playing this song during soundcheck at their concert in Millennium Park last August– something about hearing new, unreleased music from Whitney in the heart of their hometown was unforgettable to me. The duo has a knack for creating music that feels so personal, yet is so universally loved. I think that that quality really translates when “Giving Up” is performed live.

The band stays strong in their identity and vulnerable in their lyricism on “Giving Up”; if this is foreshadowing for what’s to come, then I will certainly be counting down the days until August 30. While sophomore albums prove to be challenging for many artists, it is already becoming clear that Whitney will pull it off just fine. Is it going to be difficult to top “Light Upon the Lake”? Absolutely. Will Whitney create an album that is meaningful, stunning, and able to stand on its own anyway? So far, all signs point to yes.