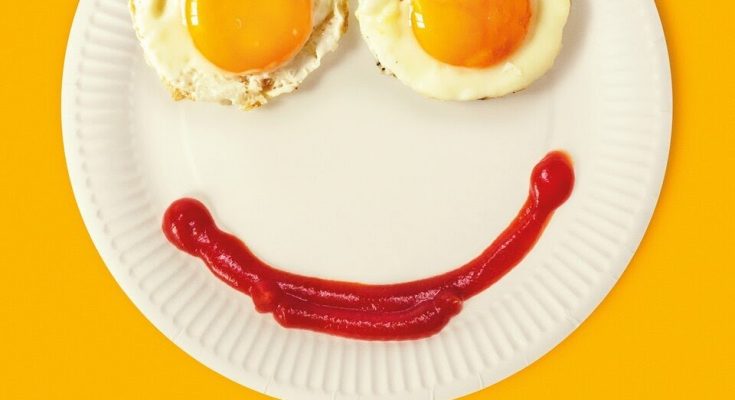 The Australian artist Sia has received much-needed backlash from the Autistic community for her movie, Music. The film is centered around Zu, played by Kate Hudson, who receives custody of her Autistic half-sister named Music, played by Maddie Ziegler.

The movie is supposed to be a movie about an Autistic girl, which it is not. It appears to make Autism more palatable for a neurotypical audience by having the narrative revolve around Zu, using Music as a foil for her neurotypical half-sister’s personal growth. We can already see how this plays out in the trailer as it is more focused on Hudson’s character than that of Ziegler.

Sia released the trailer last November, which is now unlisted. Many Autistic commenters made it clear that the trailer alone gives them sensory overload from the loud music to the bright colors and fast transitions. Initially, the video did not even include closed captions, proving further how the project reeks of ableism.

Sia is known for bringing the young Dance Moms star into her creative pursuits and saw this occasion no different than the others. Ziegler, however, is not neurodivergent and therefore, should not play the role of Music. Sia admitted to her awful decision making but excused her own behavior: “I realized it wasn’t ableism. I mean, it is ableism I guess as well, but it’s actually nepotism because I can’t do a project without her [Ziegler]. I don’t want to. I wouldn’t make art if it didn’t include her.”

In a Marie Claire interview, Ziegler mentioned that she watched YouTube videos of Autistic children’s meltdowns to prepare for her role. Those are videos of children in a vulnerable state. They are exploited. They did not consent. Ziegler could have consulted Autistic people for their experiences, but instead, she relied on the trauma of Autistic children. Ziegler was young when she started the film and could not spot the red flags with her frame of reference. In fact, she was uncomfortable with this role and was pushed to do the film by Sia, who is influential and exerts power over her. The adults in Ziegler’s life led her astray. Hopefully, now she has learned from her errors and will actively set out to be anti-ableist.

Portrayals of Autistic people in the media often overlook the depth of Autistic people. It is all too common that neurodivergent characters are depicted by white men with stereotypical traits. It creates this narrative that Autism looks the same in every individual, that they all have the same personalities and interests, that they all act and behave the same way. Autistic people are mimicked in the media, and they frequently mocked for their natural movements and mannerisms in everyday life as well. This film features a non-verbal Autistic woman who uses an Alternative and Augmentative Communication (AAC) device to communicate: someone with all of these identities who is not often represented in the media. However, those with similar lived experiences were left out of the process, thereby leaving out depth and reinforcing stereotypes.

As @rollwthepunches on Twitter said, “You can’t ACT disabled. Your body either does that or it doesn’t. It’s not an emotion, an essence, a character, a feeling to portray. Acting is for THAT. You don’t act out a disability. That’s mimicry.”

Sia became entangled in a Twitter debate with Autistic people. She was outraged by the justified, negative responses she received.

When asked about why she did not have an Autistic actress portray Music, Sia responded, “I agree. I’ve never referred to music as disabled. Special abilities is what I’ve always said, and casting someone at her level of functioning was cruel, not kind, so I made the executive decision that we would do our best to lovingly represent the community.” There is nothing wrong with Autism, but Sia’s use of euphemisms only stigmatizes it more. She also used functioning labels to categorize Music, but these are dehumanizing. It is a way to diminish the diversity of the community, making it appear like Autism is linear instead of a spectrum. Sia labeled Music as “low functioning” to justify her actions to speak over and underestimate Autistic people, whereas “high functioning” is often used to challenge the support that Autistic people may need because they appear to be neurotypical. This tweet also describes the environment of the movie set; Sia could have made accommodations to make sure that her Autistic lead was comfortable.

Autistic people continued to confront Sia’s ableism. User @HelenAngel on Twitter said, “Several autistic actors, myself included, responded to these tweets. We all said we could have acted in it on short notice. These excuses are just that- excuses. The fact of the matter is zero effort was made to include anyone who is actually autistic. #NothingAboutUsWithoutUs.”

Sia shot back, “Maybe you’re just a bad actor.” How appropriate of a response.

Another part of the reason why Sia was insulted by Autistic people’s valid criticisms was because she conducted research for three years and that “The film was made with the backing and guidance of a charity dedicated to autism, and some people who are autistic…” The charity she consulted has a problematic history: “Autism speaks came on board I after the film was finished, four years in fact. I had no idea it was such a polarizing group!” If she was diligently researching like she claimed, she would have known that there are other organizations that represent Autistic people better because they are actually run by Autistic folks.

In fact, Sia was aware that Autism Speaks is bad news. Keep in mind that those exchanges on Twitter were all from November 2020. On April 2, 2020 (a seven month difference), user @xhisakattx tweeted, “Sia I love you but Autism Speaks is a horrible horrible thing that does show or represent kindness for autistic people like me. They are known to fear monger and spread false harmful information and stigma ! Please don’t give them a voice…Please look into the Autistic Self Advocacy Network ! It’s by and for us autistic people and our loved ones.” Sia responded, thanking her. This proves that Sia prioritized her comfortability above that of Autistic people; she would rather consult an organization that degrades the Autistic community than to truly listen and incorporate their concerns and perspectives.

Music is dangerous. In January of this year, a snippet of the movie was released showing Ziegler’s character has meltdowns and ends up held in a prone restraint. This is not an appropriate method. People can choke or suffocate. It has been used against countless Autistic individuals, many of whom have died. An owner of @autisticats has posted a thread on Twitter that explains their traumatic experience with prone restraint and how deadly it is. In February, Sia apologized with a simple “I’m sorry,” not addressing the Autistic community directly, owning up to her actions and explaining how they were wrong, or taking the initiative to do better.

Sia added, “I promise, have been listening. The motion picture MUSIC will, moving forward, have this warning at the head of the movie: MUSIC in no way condones or recommends the use of restraint on autistic people. There are autistic occupational therapists that specialize in sensory processing who can be consulted to explain safe ways to provide proprioceptive, deep-pressured feedback to help w meltdown safety.” If Sia really has been listening, she would pull the film. She has not. She still wants to exploit the Autistic community.

That brings us to the present day. The movie is set to release tomorrow, February 12th. If Sia wanted to make the positive difference that she claims she is making with this film, she would have centered the narrative around Music and included Autistic people in the process. She cast thirteen neurodivergent people and prided herself on that in a Tweet while simultaneously ripping on transpeople, sex workers, and people struggling with drug addiction all in the same breath. It is great that those neurodivergent people were cast in the film, but that does not mean that she can get out of not having an Autistic person play the lead character. Sia focuses too much on her good intentions rather than the negative impact that those good intentions have. Good intentions mean nothing when they hurt and dehumanize people.