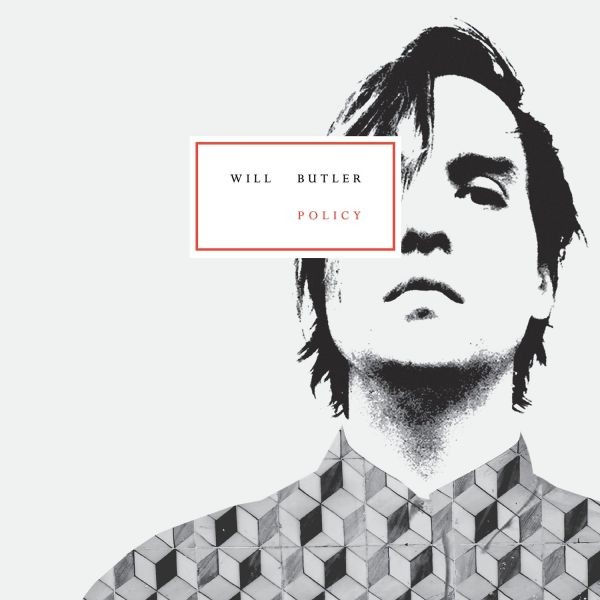 Arcade Fire member Will Butler is hitting the solo road with his debut album Policy. As the younger brother of Arcade Fire’s lead singer and songwriter, Win Butler, listeners can definitely hear some vocal similarities between the two singers (not to mention they look identical). But on Policy, Will tries to set himself apart from the band in this solo album with a melting pot of rock, jazz, ballads, and experimentalism.

While Butler is taking his own route in music style with this album, a lot of Arcade Fire’s influences can be heard throughout the album, especially with the use of a multitude of instruments meshing themselves into each song. Like in the groovy track “Anna” a jazzy sax solo is featured which is really reminiscent of Arcade Fire’s Funeral album. Similarly, the fast paced and soulful song “Witness” still nods to Butler’s original band with heavy piano and a chorus of female backing vocals. But it is obvious that Will is trying to remove himself from this thinking, shown in the energetic rock opener “Take My Side.” Other notable tracks are piano ballads “Finish What I Started” and “Sing to Me.” Butler’s rough vocals are almost unsuitable for the songs, but there is softness in it that somewhat fits.

Overall the eight-track album is somewhat underwhelming, with a suspicion that Will was trying to convey something he just couldn’t get across. There are a lot of catchy songs, but nothing that is wow-worthy. Maybe Butler was trying to set himself apart from the huge band, but just like the “Finish What I Started” stated, “I tried my best, but my best was half-hearted.”