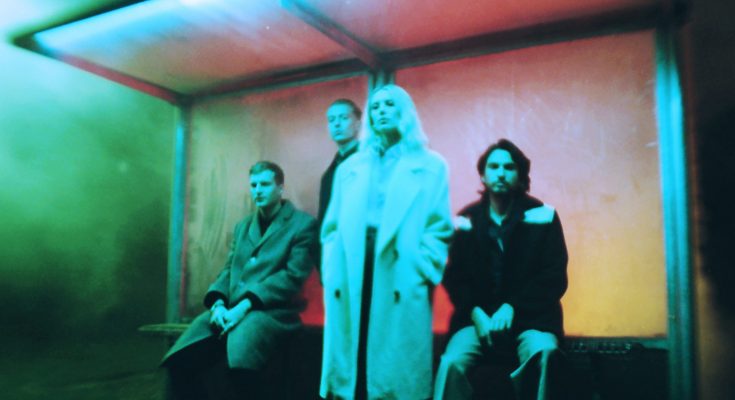 Wolf Alice has officially returned to the music scene with their new single “The Last Man on Earth.” The British, alt-rock band also announced that their third studio album Blue Weekend is set to be released this summer on June 11th. This news has the attention of both critics and fans alike as it’s been over three years since the release of their Mercury Prize-winning Visions of a Life.

The band first gained the attention of critics in 2015 with the release of their first studio album My Love is Cool. The breakthrough album is essentially a coming-of-age story with singles like “Bros” depicting lead singer Rowsell’s admiration for childhood friendships and “Giant Peach” tackling the teen-angst fueled frustrations of being stuck in your hometown. When Visions of a Life was released it was clear that Wolf Alice was a group bound for success as it secured the group’s 2018 Hyundai Mercury Prize. The album ultimately declared Wolf Alice’s niche sound, a unique blend of shoegaze, synthpop, and 90s grunge.

Unlike Vision of a Life’s leading single “Yuk Foo,” a fierce and fast track, “The Last Man on Earth” is a much calmer ballad. Rowsell’s soft vocals sing over a piano number, “And when your friends are talking you hardly hear a word / You were the first person here and the last man on earth.” The lyrics allude to how loneliness can still follow a person despite them being surrounded by loved ones. The track builds over the four minutes and ends explosively with crashing drums, haunting synths, and a captivating guitar solo.

Wolf Alice has managed to grow into a more mature sound while keeping their signature haunting melodies and charming lyrics. If Blue Weekend’s tracklist follows suit it definitely has the potential to be one of the best albums of 2021.

Haley is a junior from the west suburbs of Chicago studying econometrics. When not completing schoolwork, Haley can be found playing drums, creating Spotify playlists, and listening to 80s post-punk.

View all posts by Haley Ferrini →