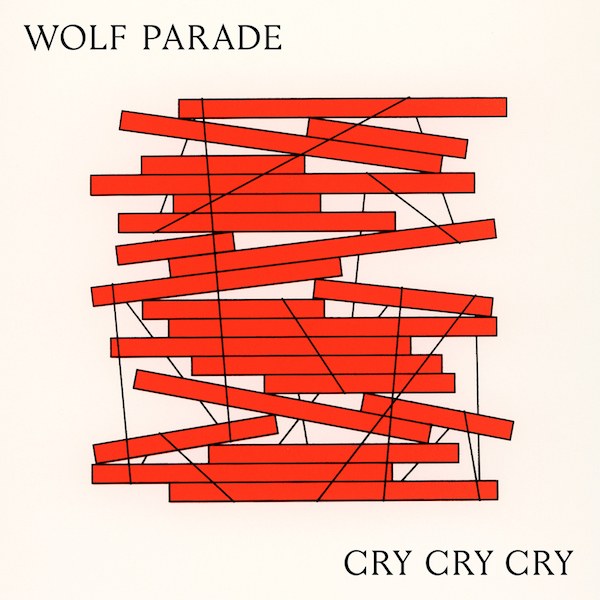 After what was originally deemed an indefinite hiatus, and a four-track EP in 2016, Wolf Parade is back with their first new album in seven years, Cry Cry Cry. The band has always had an original sound, but on their new album, they seem to have reached new heights when it comes to perfecting their music.  Their unique, post-punk sound creates a feeling of nostalgia for a previous era.  80s punk meets modern alternative with a sound that allows the album to soar. Band-lead, Dan Boeckner, and, Spencer Krug, bring forth their two distinctive voices to create a perfectly blended duality within the album.  There is the perfect blend between the grittier, lyrical son that is made to be listened to and the fast-paced post-punk jam that prompts the urge to get up and dance.

Krug and Boeckner, both spent time working on separate side projects; Krug on his solo project Moonface, and Boeckner on his bands Divine Fits, Handsome Furs, and Operators. While their other bands definitely have merit, the two artists definitely work best as a team. The album is also their first to feature seasoned-produced John Goodmanson.  Although there are still hints of former producer, Isaac Brock’s, Modest Mouse influence, the band has clearly come into their own.  The album starts with a deeper and more dramatic tone, with, “Lazarus Online,” a song about death that highlights the ominous tone that is characteristic of Wolf Parade’s classic sound. The heavy tones of a piano start off the song and guide the listener into the album.

The full harmonies highlighted with a steady drum-line bring forth an evocative fullness within the album.  However, as with the duality of Boeckner and Krug, there is definitely a duality within the songs.  One thing that truly sets, Cry Cry Cry, apart from previous albums is the perfect balance between the elegiac indie-rock songs and the upbeat post-punk jams that border on baroque-pop.  This allows the album to take any listener on a rollercoaster of sound, guided by deep synthesizers and elevated guitar riffs. The overall use of instruments in the album is skillfully done.  The synthesizers are not overpowering and work more so to set the tone of a song than to work as a focal point.  Meanwhile, the piano overlays the synthesizer in many parts which adds an extra level to the sound.

Wolf Parade does an outstanding job of channeling emotion from events and bringing them into their songs, which marks the band as the artists that they are.  Like with previous albums, the lyrics definitely have a commentary on the world around them. After all, with a seven-year break, the band has a lot of influencing events to use for inspiration.  Amongst the songs are “Am I Dreaming,” the band’s commentary on the presidential election, and “Valley Boy,” a song about the passing of Leonard Cohen.  The song, “Am I an Alien Here,” is about the passing of David Bowie, which seems fitting since the band’s sound has frequently been compared to Bowie’s.  The variety of influences and the duality of sounds within the album makes Cry Cry Cry, Wolf Parade’s best work so far.  The album is the best kind of weird, and one that is definitely worth the listen.

View all posts by Zoe Pawelczak →