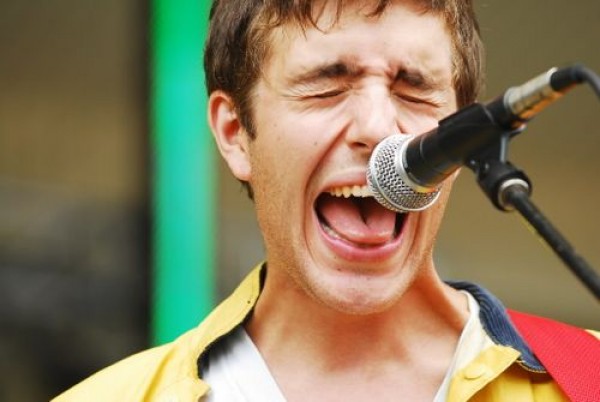 Raw. Emotional. Androgynously cool. Just all around kick-ass. Ezra Furman is hitting up The High Dive tomorrow night, and you really can’t afford to miss this performance. This Brooklyn-based bluesy powerhouse of a vocalist is absolutely, 100% going to blow your mind.

Doors open at 8 pm and cover is ten bucks. Opening acts include Ben and Will, members of The Divide (formerly known as The Great Divide). Honestly, their work as a duo is a mystery to me, but if it’s anything like The Divide’s banjo-filled, folksy-fresh music, it’s bound to be a blast.

The second opening act is currently touring the mid-West and has made the trek all the way from Vermont. Called Chamberlin, they have an unbelievable knack of taking incredible songs and making them … better? With a laid-back vibe and chilling, bluesy harmonies, these guys have done amazing covers of the likes of Passion Pit, Cults, Kanye West and Vampire Weekend, these guys are killer. Plus Chamberlin has some equally incredible original work. Really, the only way I can think of describing these guys is f$*#in cool.

If that’s not enough to get you out of bed and rushin over to the bar-scene, Ezra Furman will hopefully do the trick. He’s been all over the country, playing in DC, Florida and Tennessee; thankfully he’s stopping here on his way to the Windy City. Furman is in the midst of creating some of his first solo work, and he is sure to please the crowd.

Three unique musical experiences, an awesome bar and your favorite people (a.k.a. your friends at WPGU 107.1), all for just ten dollars? Seriously, dude, you can’t pass this night up.