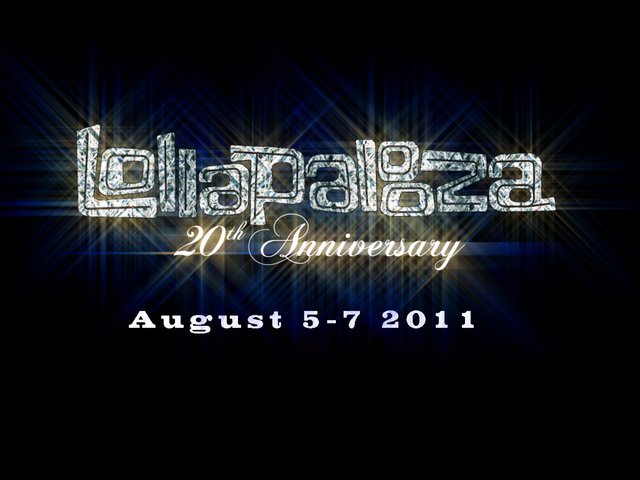 Dale Earnhardt Jr. Jr. [Google+, 3:15 – 4:00 PM]
It’s not everyday that you come across a band that’s concerned about your port-o-potty experience at a music festival. Daniel Zott and Josh Epstein seemed very matter-of-fact when they said they were going to be leaving bottles of Dom Perignon in certain stalls with a sign reading “Enjoy.” While it’s unlikely, I guess it was a nice gesture. But even better, was their performance.
Going to the Google + stage was always accompanied with a sigh of relief from the hot sun, but dancing to Dale Earnhardt Jr. Jr. basically equaled standing in the blistering sun. Clattering and electronic drum beats underneath their sugary harmonies were a fantastic treat, rather than cheapening their music by making the dance beats overpowering and overbearingly dominant. Right at the end of “Simple Girl”, bubble machines got fired up, making for an interesting introduction to the song “Vocal Cords”. The song starts out with a soothing and celestial “ahhhhh”-ing, almost as if they were sampling from Fleet Foxes.
This Detroit duo was truly a joy to watch. You could tell they just wanted everyone to have a good time, encouraging people to dance and sing along. Their cover of Steve Winwood’s “Higher Love” was definitely a crowd delight. They brought out a cluster of brass players to accompany them, making the song even more awesomely nostalgic. – Courtney Yuen

Flogging Molly Bud Light, 4:15-5:15
Thousands shuffled their way to the Budlight stage preparing themselves for Flogging Molly. Despite the heat and brutal sun, fans and newcomers alike, stood shoulder to shoulder, eager for a performance they wouldn’t soon forget. The crowd chanted “Flogg-ing-Mol-ly” in unison eagerly awaiting the band to take the stage.
Minutes later band members filed onto the stage, beer in hand. After greeting the crowd, Flogging Molly got straight to business, performing “The Likes of You Again.” As soon as the song picked up, the crowd crashed the stage, turning the standing room only area into a muddy mosh-pit/wrestling battle showcase of doom. It was an area filled with bodies, mud, and excitement. Some concert goers who were unable to handle the heat of the pit, somehow migrated their dripping-muddy selves through the tightly packed crowd in order to get some air and water.
It didn’t matter if you were rolling in the mud, against one of the security brigades in front of the Budlight stage, or a passerby, you became part of the performance.
Not only does Flogging Molly incorporate a maniac like state of urgency into their performance, causing the crowd to be doing something at all times (whether it screaming along, jumping through the air, throwing their arms up or clapping along,) they also manage to discuss pressing issues and politics taking the time to make their audience think.
In between powerful sets of music, lead singer, Dave King, talked of things such as the recent peace talks in Ireland and how “if peace can happen in Ireland, it can happen anywhere.” Other highlights of the set included, “Worst Day Since Yesterday,” “If I Ever Leave This World Alive,” and a powerful close with “The Seven Deadly Sins.” – Aubrey Morse

Cage the Elephant [Playstation, 5:15-6:15]
As threatening clouds rolled into the city and began to threaten Lollapalooza festivities, Cage the Elephant took to the Playstation stage.
Despite the quick change in weather, Cage the Elephant came out with energy and kicked off their set with “In One Ear,” followed up by “2024” off their latest album, Thank You, Happy Birthday.
The rest of the set included songs from both of their albums, Cage the Elephant and Thank You, Happy Birthday. Though an amazing show, the best part might have been when mother nature unleashed it’s wrath. Minutes before, sprinkles turned into a downpour, lead singer, Matt Shultz, explained that these are the “moments, we won’t forget.” As the rain poured, “Ain’t No Rest for the Wicked” began to blare over the speakers.
Despite the pouring rain, those immersed in the music stood in place eager for more.
Dancing like a maniac in the pouring rain during those first few notes of “Ain’t No Rest…,” wasn’t on my list of things to-do before I die, but now that I did it, I realized it should have been. “Shake Me Down,” rounded out a smashing close in the form of, “Sabertooth Tiger.” – Aubrey Morse

Arctic Monkeys [Music Unlimited, 6:20 – 7:10]
Rain, rain, GTFO. After a 20 minute rain delay, the band finally took the stage. Everyone was drenched and absolutely in need of a pick-me-up — Arctic Monkeys were just the band to do the trick. Some decided to embrace the mud with their faces during the performance, while others were fine with sinking into the goop in exchange for seeing an amazing band. They didn’t waste much time, immediately getting in to “Library Pictures” followed by “Brainstorm”. Right after playing “Don’t Sit Down ‘Cause I Moved Your Chair”, they appropriately went on with “She’s Thunderstorms”, dedicating it to Mother Nature. The entire set had a feeling of urgency and it was kind of like you had to savor it even more because you were getting a shorter set.
Sometimes I can’t tell whether the Arctic Monkeys are just going through the motions or are legitimately bored playing for a giant audiences. However, their sound was impeccable — Alex Turner’s ambiguous and usually cloudy demeanor could have been the culprit. Regardless, they won over the audience in a short amount of time without any difficulty. Their mix of new and old fit together very well; clearly a well thought out set list, where each song artfully flowed into the next. Ending with “When The Sun Goes Down” couldn’t have been more perfect. – Courtney Yuen

Foo Fighters [Music Unlimited, 8:00 – 10:00 PM]
The looming clouds coming from the north didn’t scare a single soul away from Foo Fighter’s highly anticipated performance on the final day and final show of Lollapalooza 2011. The Foos kicked it off the show with “Bridge Burning” off their new album Wasting Light followed up with “Rope”. No one seemed to care that jumping and dancing in the mud was coating their lower extremities in the dirt, what mattered was up there on that stage.
Next during “The Pretender”, everyone saw the ominous clouds coming from behind us. It was common knowledge that we were about to get soaked… again. Suddenly, the sky let down another torrential downpour. Not just a quick sprinkle or light rain… it was like an ensuing monsoon. Despite the setbacks of getting completely drenched, I think it made “My Hero” more enjoyable than it would’ve been. Refusing to let the rain beat them, Dave Grohl and company conquered on. And I’ve got to hand it to these guys… they were really giving it all they had. Dave Grohl was acting like his usual, brash yet still affable self and Taylor Hawkin’s energy was unbelievably contagious. The giant grin across his face never faded and his stamina throughout the two hour long performance was phenomenal. Next, Hawkins took lead vocals on “Cold Day In The Sun”, which he dedicated to the founder of Lollapalooza and front man of Jane’s Addiction, Perry Farrell. Afterward, Grohl bravely hopped of the stage and began to walk through the crowd during “Stacked Actors”.
The audience seemed to spring up even more when the band began to play “Walk”, a new song off their latest album, but almost already like a classic in the Foo Fighters’ archives. Nearing the end, the constant head banging and intense yelling started to catch up to Grohl. He explained that they didn’t have time for the usual shenanigans of an encore, so they kept going without walking off-stage. Before ending the set, Grohl recalled attending the first ever Lollapalooza with the late Kurt Cobain. Then, they went onto “Everlong” accompanied by a special appearance of Perry Farrell himself. – Courtney Yuen

Deadmau5 [Bud Light, 8:30-10:00 PM]
If you told me at the beginning of the day that I would be ending my last night at Lolla with Deadmau5, well, I would not have believed you. And yet… Torrential rain began to fall maybe thirty minutes before this notorious DJ hit the stage. Rumblings that other acts like the Arctic Monkeys were delaying shows because of the weather swirled around and once I caught whiff I made up my mind that there was no way I was going to stand in the freezing rain and NOT have a good time meanwhile. So, I decided on Deadmau5 and it was definitely what I wanted/needed/expected. As literally buckets of rain were being dropped from the sky on us, the crowd was relentless. Glowsticks, dancing, even mud sliding to the beat (not sure exactly HOW that was happening) were all going on in the crowd that just would not let mother nature spoil their time. He played some tunes off of For Lack of a Better Name including the very popular “Ghosts ‘n Stuff”. Deadmau5, as always, came with a smorgasbord of tunes new and old that kept everyone from the raver to the stay-at-home mom amused. – Natalie Wontorczyk