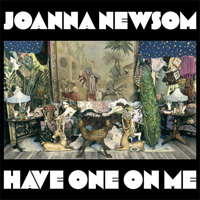 For those of you who just can’t listen to Joanna Newsom, you are simply missing out. Her 2010 release Have One On Me is an ambitious album to say the least; clocking in at right around 2 hours, the album features some of the most interesting orchestration on a pop album in recent years (particularly when it comes to the album’s percussion.) This release also marks a change in singing style for Newsom. Her previous work was marked by a characteristically Appalachian vocal sound, but here her voice is more controlled allowing its true beauty to show through. From the first entry of the woodwinds in the opening track “Easy,” you can tell that you are in for a particular ride. To anyone who did not enjoy the album, I say try it again; but note that this is not an album to listen to casually. This is an album you should clear two hours where you have nothing to do, sit down, and listen straight through; that is the best, and perhaps only, way to truly enjoy Have One On Me. It’s just that good. — Evan Metz 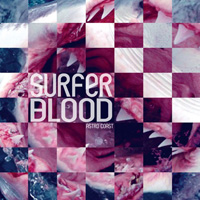 2010 was a year of great surf-rock infused new bands; however, one of the standout groups among this bunch is obviously Surfer Blood. Their debut album Astro Coast was released in January, but has manager to stay fresh and listenable all the way through the year. Although the music, being surf-rock and all, may be associated initially with summer, these ten songs feel appropriate during any season. Astro Coast is an album that is full of life and fun; from songs based around simple guitar harmonics to others about David Lynch and Twin Peaks. Taking inspiration from a large book of styles, the group merges surf-rock, new wave, and others to create a sound that is at once both old and new sounding. Having seen their show at the Canopy Club in Urbana earlier this fall, their follow up album should be something to anxiously await. — Evan Metz 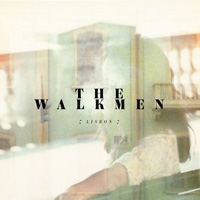 For the quality of material The Walkmen have put out in the last decade, the amount of recognition and praise, or lackthereof, just doesn’t add up. The band has gone through a few stages in their career, the underdogs with Everyone Who Pretended To Like Me Is Now Gone, the hard hitting Bows + Arrows, the crooning effort of You & Me, and now we have the simplistic Lisbon (fittingly titled after visiting Portugal last year). The record comes as no surprise to be an excellent effort by these east-coast lads after critical praise for their last album, which featured 15 tracks. This record is a tight-knit group of 10 songs, and satisfying enough to say the least. Even through the first few tracks, we can tell this record wasn’t going to be difficult to grab a hold of. “Blue As Your Blood” starts with a simple guitar lick which gracefully merges with an incredible string section, and “Stranded” sounds like a New Orleans brass section came along for the ride. Even though we can hear a slight shift in vocals from Hamilton Leithauser, we can still feel the passion ranging from their tracks that punch you in the stomach (“Angela Surf City”) and songs about never winning (“Victory”, “Woe Is Me”). Picturing the vein in Leithauser’s neck about to burst as he screams into his downward-facing mic gives an indication of the strength of Lisbon. — Patrick Singer 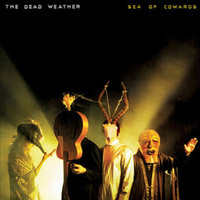 A lack of Jack White in your diet is definitely a bad thing. Lucky for us, The Dead Weather come complete this year with the dirtiest sounding blues this side of the 21st century. Jimmy Paige style licks adorn Sea of Cowards and the entire band seems this time to know what they are doing. From Horehound, which came across as great musicians having a jam session, to this beauty, it is apparent that something clicked and got, well, nastier. The bass grooves in this album paired up with the kicking drum line just leave so much fulfilled to anyone that truly loves blues. On top of the instrumental scenes, Allison Mosshart’s yelps and lyricism paired up with Jack’s freaky wild vocal style just completes this albums natural feel. For those who wanted to see something touch every spectrum of classic rock this album is for you; and for those who wanted the scuzziest production of perfection released this year, this album is just as much for you. Sea of Cowards is rock at its finest, with strings percussion and whole lot of grit. — Colin Lateano 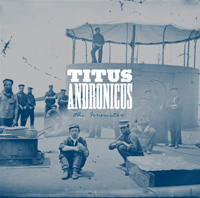 This is easily the most badass record of the year. The Monitor is loosely based on the Civil War, with readings of speeches by Abraham Lincoln and Jefferson Davis making appearances before frontman Patrick Stickles rips off some of the hardest rocking riffs of the year. The opening track, “A More Perfect Union” is a raging anthemic ballad that appropriates lyrics from “Born To Run” and resembles the three-songs-in-one Wings classic “Band on the Run.” The rest of the record furiously pumps out tracks that lament growing up in Jersey, praise binge drinking (“Theme From “Cheers””), and shout out Billy Bragg (“Richard II”). Titus Andronicus also bring out a great crew of guest to help out including folks from Hallelujah the Hills, Wye Oak, Ponytail, Vivian Girls, and the Hold Steady. The Monitor one of the most raucous and drunk records of the year, but it’s also one of the hardest rocking and most cohesive. It’s also one of the most fun. — Tom Pauly