It is always great when you hear that Danger Mouse has started a new project. Pretty much everything he touches turns to gold, we can all agree on that. So when I heard that he would be collaborating with James Mercer of The Shins, I was torn. I was hoping that whatever news turned up about Mercer would have to do with a new Shins album, but at the same time I figured whatever he did with Danger Mouse would be amazing. It turns out that the latter was a pretty predictive thought to have. The duo’s self-titled debut album, Broken Bells, was definitely something to take note of in 2010. It combined James Mercer’s distinctive songwriting style with tinges of much more produced pop than the Shins’ front man is used to. Although the songs may sound like it, no sound you hear is a sample. Danger Mouse has said that a live instrument made every part on the album. Plus it is always nice to see Danger Mouse actually playing music and not just on the production end. Even more exciting is that the duo plan to record a follow-up. — Evan Metz

Kristian Matsson has grown up since his last album Shallow Grave, and that improvement definitely deserves a spot in our top 25 albums of the year. His impressively intricate guitar picking and rough, empathetic lyrics comprise some beautifully emotional songs. With respective nods to Bob Dylan, The Wild Hunt touches all my heartstrings and romanticizes with the ideas of love lost or escaping the drudges of the city. You can’t listen to a song and not connect with The Tallest Man on Earth; The Wild Hunt easily captured the human feel of Americana lost even though its medium might be a Swede.– Coliln Lateano

A guitarist, a drum machine, and a super abrasive, loud, destructive sound can get a band further than one would think. Sleigh Bells have crafted one of the best rock, pop, and metal albums of the year. Hell, you can even compare their sound to “crunk” at certain points. Their music is often cringed at by some, but catchy as hell to most others. Their burst onto the scene late last year had them ranked as one of the most anticipated albums of 2010. Their album ranges from rock that will make your ears bleed (“Crown On The Ground”) to acoustic jams (“Rill Rill”), with so much more mixed in. You can’t listen to this record in any other way than with your speakers turned all the way up, because from the opening riff of “Tell Em” to the closing reverb of “Treats”, Sleigh Bells bring the noise. — Patrick Singer

It’s no secret that as Spoon have progressed over their first six albums they’ve done more experimenting during their time in the studio. Transference, released in January, continues in the band’s studio artistry. This latest LP is similar to concussion-like symptoms – it’s dizzying, sometimes it makes the head hurt, and it’s utterly frustrating at points. The genius of this frustration is that Britt Daniel and the rest of the band purposefully created a mess for listeners to sift through. While there are abrupt endings (“The Mystery Zone”) and blurry grooves (“Who Makes Your Money”), there is also one of the best straightforward rock songs of 2010 (“Got Nuffin”). With two of the best producers/engineers (Daniel and drummer Jim Eno) in the band and producing the record, part of the fun is listening to some of the less polished songs like, in the basement-y echo of “Nobody Gets Me But You.” Although listeners have to do some work on their own to find all of the brilliance in the recording of this record, it’s still one of the best and most rewarding of 2010.– Tom Pauly 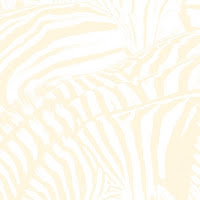 One of the biggest and most buzzed about albums of this year, Teen Dream launched reverby dream-pop duo Beach House to new heights of success and recognition in 2010. Released at the end of January, their first album on Sub Pop has stuck around far into the year, not fading away half way through like some early year releases. The singles “Norway” and “Zebra” can still be heard getting regular airplay all over the radio. The album is a pinnacle of the recent trend in neo-psychedelic and dream-pop music, as well as of their music style. It brought what the band is doing to a more accessible state and larger audience. In a year of great music to chill out to, Teen Dream may be the best. But beyond being a great relaxing album, it achieves that wonderful quality when an album can both help you fall asleep while at the same time pump you up and get you going. — Evan Metz