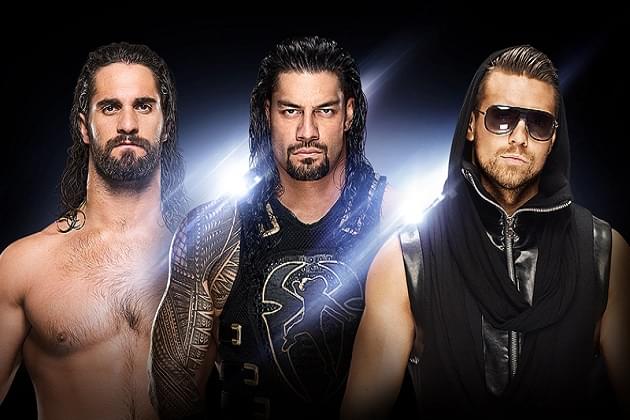 If you’re a fan of wrestling, smackdowns, and unique entrances, you definitely enjoyed WWE Live at the State Farm Center this past Saturday! As someone, who I’ll be honest, has barely ever watched a wrestling match in his life, I had a lot of fun at this show! Here’s my Outsider’s Review of: WWE Live – Champaign!

It’s 7:30 PM, the lights around us turn off, and the stage shines. Before the show my friends prepared me, showing me some legendary fights, ones with people who I know: Dwayne the Rock Johnson, Ronda Rousey, and John Cena. Amazed by their capabilities to really put on a show, I am finally ready to witness my first WWE match!

The show started with Bray Wyatt and Matt Hardy in a tag-team match. My first reaction: These guys know how to work out in the gym. My second reaction: These guys really like to take their shirts off. After trying to cope with the fact that I will never have a single muscle that will look remotely as big as theirs I start paying attention to the match. Things get interesting, suddenly six people are all fighting at the same time. The referee is yelling at half the wrestlers, but he can’t do anything. Let’s be honest, he would not want to be in a fight with those guys. At the end, Bray and Matt come out as winners over the Revival.

And then, Elias shows up. Elias is a singer. He enters the stage with a guitar. Sits on a stool and starts singing a made-up song about how he doesn’t like Champaign. “I’m going to beat Seth Rollins, it’s just too bad I have to do it here”, he sings. As everyone in the State Farm Center boos him, the man of the night enters the stage, WWE Intercontinental Champion Seth Rollins challenges Elias to a match. Elias keeps a lead for the majority of the fight, but Seth Rollins reigns supreme winner!

And then, the main event! The match of the night! What everyone has been waiting for! Sami Zayn, Kevin Owens, and Jinder Mahal enter the ring being booed by everyone in the arena. And then, Roman Reigns, Finn Balor, and Bobby Lashley all enter with a standing ovation by everyone! The match begins slowly, with Finn Balor actually staying in the ring for a while, fighting with all three of his opponents. After finally tagging his teammates, the game is on! Roman Reigns and Bobby Lashley destroy Zayn, Owens, and Mahal, taking the final win for the night!

What a night! What a show! Honestly, very impressed by the WWE. They really know how to hype up a crowd. But, this article, and these photos are definitely not enough to describe how awesome this experience was. The only way to experience this is live! The shear amount of smackdowns is crazy! Multiple times throughout the show my reaction was: OUCH! Or WOW! The sound of the platform of the ring when someone smashes down can only be experienced live! This is definitely something I would go to again, next time maybe a little more prepared, now that I know who is who! 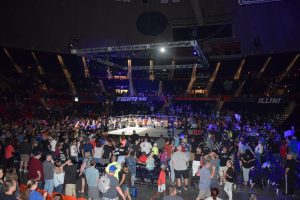 Entrance Theme of the Night: 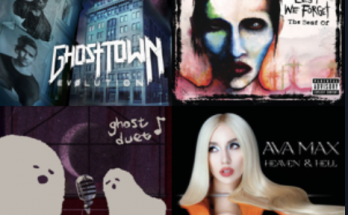 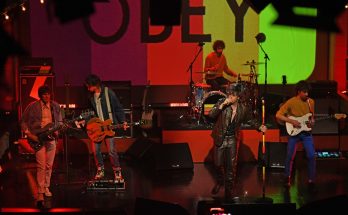 View all posts by Nectarios Kourtis →