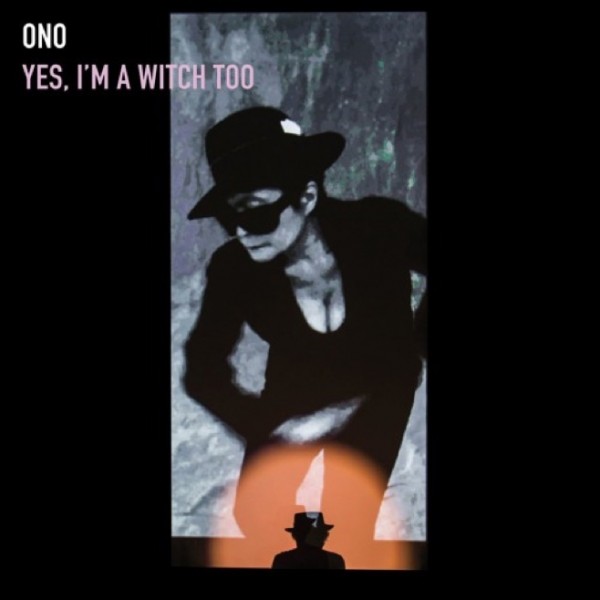 Yoko Ono is remembered as the avante garde wierdo that somehow managed to make John Lennon even weirder. Yes, she managed to make a Beatle do strange things. Stranger than singing about being a walrus.

It’s then no surprise that Yoko Ono’s album isn’t traditional in any way. Yes, I’m A Witch Too is a collection of her own music remixed by artists as varied as Portugal. the Man and Sparks. All the songwriting credits have her name on them and her vocals are at the forefront 95% of the time. She and Rob Stevens are producers, so it’s hard to understand immediately what people like David Aude, primarily known as a producer and DJ, contribute. It’s also strange to consider there are full-on bands like Death Cab for Cutie “remixing” some of these songs, lying somewhere between a traditional remix and what most people call covers. Oh yeah, and this is a sequel.

But you’ll be forgiven if you didn’t know that. Yoko Ono, like I said, is unfortunately more tied to name of the Beatles. At best, most of us have heard her collaborations with John. It may seem like a weird move then that most songs here are not her hits. Hell, you can’t even find half of them on Spotify. I think they made the right choice with that though. It forces the curious listener to fall down Youtube rabbit holes of her original music, even if you originally just listened to this album because you’re a die-hard fan of Penguin Prison.

That being said, the songs really bring out the personalities of each guest artist, despite what you’d expect, and give the album a wonderful variety in emotion, ethnic flavor, production, and genre, while having an overarching weirdness throughout that you would expect from Yoko Ono, similar to something you’d expect from an 80s Queen album. It actually makes it a difficult album to review, since there doesn’t seem to be much to unify the album’s songs. Still, it’s hard to be upset when you get to hear tUnE-yArDs add their crazy percussion to Ono’s feminist powered “Warrior Woman.” You also get moody orchestral and piano interpretations of Yoko’s “Walking on Thin Ice” and “Give Me Something” by Danny Tenaglia and Sparks, respectively. There are a few songs that you could hardly tell were remixed if you heard the original. For those of us who don’t know Ono, this album does manage to show how versatile her music can be. The only downfall is that you may find that you actually enjoy some of these remixes better than the originals!

RIYL: any of the many featured artists