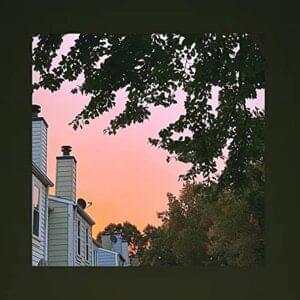 I don’t like to willingly admit to my Tik Tok addiction – it’s not necessarily something I am proud of. But every once in a while, I find new music to listen to or a new book to read that turns out to be a good recommendation, and so I would like to share this song with you, because it’s too good to keep within the confines of the For You Page.

“Swords”, by Young Wabo, is a song I stumbled on during a late-night death scroll, and as soon as I heard it, I knew it would immediately be added to my playlist. The first thing you hear when the song begins are the coupled samples that play throughout the background, and then you can hear Young Wabo take a deep breath in. A sense of calm sets in; it feels like early mornings when the air is still cold, but the sky is clear, as the first bits of light start to brighten the world. But then Young Wabo lets a breath out, and the music kicks up and the beat drops with the first verse of the song: “Up like the sunrise / Got rid of the soul ties / Burning kush, apples pies / Compromise my demise,” and the sense of calm is forgotten and replaced with a swift head-bopping sound that makes you want to get in the car and drive.

The feel of the music is very similar to Russ, or if Khalid decided to rap; the lyrics are simple but meaningful, the beat is good and mixes exceptionally well with the samples playing in the background, and the lyrics are relatable. The rest of the song goes on to talk about how life can be cut-throat, almost to a point where you can’t believe it; the sample in the background sings, “Are you for real?” throughout the whole song, as if asking if it’s possible for life to be so harsh, as if it’s unbelievable. But inevitably, the rap discusses how even though life can be a bit much to handle at times, you can’t let the weight of it all make you fold. Wabo sings, “It’s weight on my shoulders like boulders again / I thought I told you don’t fold when I bend,” saying that even if the weight of the world makes you falter, you should never completely fold, that you should never give up, because “Life is sword but that sh*t double edged,” and although it might seem particularly brutal in the moment, there is always another side.

Besides the lessons that can be found within the lyrics, the song is also just a great listen. If you need a song to get you out of your feels and get you back down to business, this is the one for you. This song will have you on the road ready to conquer what keeps you down, while giving you a beat to tap your foot too.

Young Wabo spends most of his time on Soundcloud, but a lot of his music can also be found on Spotify as well. Along with this song, he has also dropped others like “Richy Rich” with Babamadethis, “floating” and “SMICHI INTRO” that have the same feel as “Swords” and will absolutely bless your ears. Young Wabo is definitely up and coming and one to watch, and I would highly recommend anyone to check out “Swords” if you are looking for a captivating song to play on repeat as we head into March.